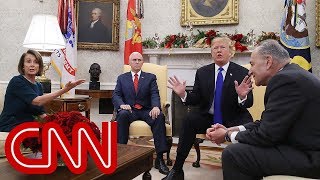 The only country that exercises sanctions is the US, the arrogant, self appointed perpetrator of these acts of war.

Iran, Venezuela, North Korea, Russia, Cuba, Nicaragua, Syria are all countries that suffer and endure US sanctions. And for what? They refuse to bend to US hegemony over them. They choose to go their own way. Any country that wants to conduct business with them are threatened with secondary sanctions against them. Even countries in the E.U., NATO ally Turkey, India.

Then there are US military provocations in the Persian Gulf, directly off the coast of Iran, the South China Sea against China in an area where no commercial shipping has been interfered with by China or any of its neighboring countries. It's simply the US exercising 21st century "gun boat" diplomacy under the guise of maintaining "freedom of navigation."

The US placing its ABM missiles in Romania and Poland that can easily be re-calibrated in minutes to offensive missiles without the host country's authorities knowing about it.

It was the US along with Britain, France, Germany, Russia and China that signed the JCPOA, (Joint Comprehensive Plan of Action) with Iran in 2015 only to have El Presidente Trump unilaterally withdraw the US from this multinational agreed document in 2017. Iran was in full compliance with the treaty that former President Barack Obama signed. It was just Trump's antipathy toward Obama that got the Donald to trash it.

The rest of the world isn't fooled by US machinations. They are fully aware of US skullduggery as exemplified in an international poll where the US was cited as the greatest threat to world peace.

It's only the majority of people in the US that fail to take notice of the aforementioned illegal acts committed by "official" Washington.

The only way the US has been able to exercise these sanctions on countries is because the dollar is the world's reserve currency. Almost all world trade has been conducted in dollars.

However that US dominance in world trade is being challenged.

Those sanctioned countries are taking measures to get around the US sanctions, developing alternative payment systems and trading in their own currencies.

On another front the aggression unleashed on Yemen by Saudi Arabia starting in 2015 against the indigenous Houthi's that overthrew the Saudi backed dictatorial regime in the capital Sana has taken an unexpected turn,.

The Houthi's sent drone missiles targeting Saudi Arabian oil facilities apparently causing severe damage to refineries and pipelines temporarily crippling by half the country's oil exports. The Houthi's openly claimed full responsibility for the attack. But without evidence the US Secretary of State Mike Pompeo immediately accused Iran for being behind the strike and US Senator Lindsey Graham, R. S.C. said the US should send missiles destroying Iran's oil facilities in retaliation.

The Iranian's vehemently rejected the accusations they were behind the attacks. They've issued their own warning. Any military action violating Iran's airspace will result in a retaliatory strike against the aggressors meaning all US military ships in the Persian Gulf, facilities in Iraq, its troops in Syria and Iraq will be targeted. Israel will likely be attacked as well as Saudi Arabia and the UAE. Hezbollah in Lebanon and Hamas in Gaza would send missiles into Israel.

Retired. The author of "DECEIT AND EXCESS IN AMERICA, HOW THE MONEYED INTERESTS HAVE STOLEN AMERICA AND HOW WE CAN GET IT BACK", Authorhouse, 2009
Related Topic(s): Congress; Drone; Evidence; Hegemony; Houthis; Iran; Sanctions; Trump, Add Tags
Add to My Group(s)
Go To Commenting
The views expressed herein are the sole responsibility of the author and do not necessarily reflect those of this website or its editors.