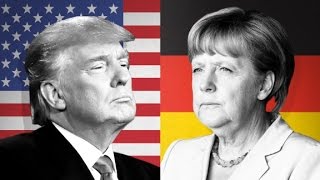 If one takes an honest look at "official" Washington's policies and actions in the world they're mostly interferences in the internal affairs of other countries. Even Trump's attempt of diplomacy, his round two summit with North Korean leader Kim Jong-Un was an abject failure.

Besides that from Venezuela to China, the Middle East, the Black Sea to the border with Mexico, the Persian Gulf and Iran to the South China Sea-hardly a comprehensive list of US machinations in the world-sanctions, military provocations, wars, regime change operations, not to mention electronic surveillance of foes and friends alike, the US is meddling in the internal affairs of all countries in the world in one form or another.

Of course in the US with the complicit enabling corporate MSM feeding the public lies and disinformation most people remain uninformed, in denial, addicted to their smartphones, mentally drained from overwork or working two meager paying jobs just to make ends meet or simply addicted to sports or some other mindless distraction, many, most? are detached, or in the words of Paul Craig Roberts, insouciant, without a care.

Days ago the US sent B-52 bombers over the South China Sea where China has built artificial islands as a first line defense mechanism against possible US military adventurism with China-who said the flights were a provocation.

The US has issued threats against Turkey for purchasing the Russian made S-400 anti ballistic missile system.

It threatens Germany for aligning itself with Russia jointly building the Nord Stream II liquid gas pipeline under the Baltic Sea. The US sees it as Germany falling under the influence of Russian President Vladimir Putin while German Chancellor Angela Merkel counters its none of the US business saying the US is interfering in the internal business affairs of her country.

On and on it goes. The US is still at war in Afghanistan that began in October 2001 invading the country supposedly going after the alleged 9/11 perpetrator Osama bin Laden and defeating the Taliban regime that gave him sanctuary. Now some 17 plus years later the Taliban has re-emerged and now controls the majority of the country outside of the capital, Kabul.

President Obama supposedly withdrew US troops from Iraq in 2011 saying the war was over but the US military never really left the country, continued to fight against the Islamic State IS in northwest Iraq and eastern Syria-all illegal of course-as they weren't invited by the governments of Syria or Iraq.

Renewed sanctions have been placed on Iran after President Trump withdrew the US from the Iran nuclear deal of 2015 accusing Iran of violating the guidelines it agreed to yet all the other signatories to the agreement namely Britain, France, Germany, Russia and China all say Iran is in full compliance with the deal and pledge to continue trading with Iran in defiance of Trump's reneging of this internationally signed agreement. Now Trump wants secondary sanctions placed on countries and corporations trading with Iran.

Under Trump the US treats its "allies" and adversaries alike. It's a reprise of "Dubya" Bush's "you're either with us or against us".

Well there are serious fissures in the US strategy for total hegemony over the world.

That's what blatant US interference in the internal affairs of other countries will do.

Attempting to overthrow legitimately elected leaders of countries while fully supporting the despotic regime of Saudi Arabia and the apartheid regime of Israel against the Palestinians in Gaza and the West Bank are US policies and actions not acceptable to most people in the world-save the people in the US.

Retired. The author of "DECEIT AND EXCESS IN AMERICA, HOW THE MONEYED INTERESTS HAVE STOLEN AMERICA AND HOW WE CAN GET IT BACK", Authorhouse, 2009
Related Topic(s): Hegemony; Overthrowing Governments; Provocation; Resistance; Sanctions; Surveillance; Threats; Wars; World Issues, Add Tags
Add to My Group(s)
Go To Commenting
The views expressed herein are the sole responsibility of the author and do not necessarily reflect those of this website or its editors.