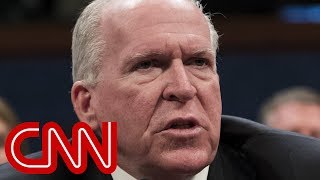 This writer is certainly not and never been a champion of Donald Trump. He's a self important narcissist and reactionary tweeting blowhard. Many of his policies, sanctions, trade wars are counter- productive and hurt the American people. To say nothing of his wrongheaded immigration measures or his climate change denial.

Policies, such as moving the American embassy in Israel to Jerusalem, severing the US from the Iranian nuclear deal, re-instituting economic sanctions on Iran then threatening to prevent Iran from selling any of its oil after November 4. Then saying any country or their businesses within will also be hit with sanctions if they continue to do business with Iran. Then there's his trade war with China putting high tariffs on Chinese goods with China reciprocating placing tariffs on American goods. Now with Turkey placing tariffs on Turkish steel and aluminum entering the US.

All of it seems to be knee jerk reactions rather than critical, well thought out decisions. So criticism of Trump is well justified.

However...hatred of Trump is so total among liberals, Democrats, progressives even many Republicans that anything negative said about Trump is loudly cheered. It's become surreal.

That's because even when Trump does something positive as in his summit with North Korean leader Kim Jong-Un in Singapore as well as his summit with Russian President Vladimir Putin in Helsinki the vitriol against him is so complete the meetings are denigrated and characterized as giving in to evil authoritarian dictators.

It certainly isn't Trump getting recognition for being the statesman significantly reducing even eliminating any idea of initiating a war with North Korea or initiating much needed dialogue, the beginning of detente with the Russian leader with his country being a nuclear superpower. No it's Trump giving a platform to legitimize Kim. As for him and Putin's he's just a stooge and puppet of the Kremlin leader.

That's why it's become so surreal. There can be no good deed done by Trump as seen by his detractors.

Ex-CIA Director John Brennan under Obama calls Trump's meeting with Putin as "treasonous" and Brennan is heralded by the corporate MSM, democrats and progressives as a hero.

This is the same Brennan who as "Dubya" Bush counter-terrorism director had terror suspects transferred i.e. extraordinary rendition to foreign countries where they were tortured. As Obama's homeland security advisor Brennan oversaw Obama's targeted killings of suspected terrorists and was Obama's public face defending these killings on Sunday talk shows. What is all this forgotten or ignored? Now Brennan is a hero. C'mon! He's a criminal.

It seems to be collective insanity caused by this intense, visceral hatred of Trump.

Maybe Trump's most vocal opponents are hoping to keep things roiled at a fever pitch with a constant MSM drumbeat hammering him, offering immunity to his former lawyer or that of his former campaign manager, highlight innuendos of his suspected sexual dalliances. Then with the outrage so great capture the House in November and push for his impeachment.

Retired. The author of "DECEIT AND EXCESS IN AMERICA, HOW THE MONEYED INTERESTS HAVE STOLEN AMERICA AND HOW WE CAN GET IT BACK", Authorhouse, 2009
Related Topic(s): Hatred; Iran; Policies; Reactionary; Sanctions; Tariffs; Trump Diplomacy; Trump Putin Summit; Trump Threats; Trump Tweets, Add Tags
Add to My Group(s)
Go To Commenting
The views expressed herein are the sole responsibility of the author and do not necessarily reflect those of this website or its editors.