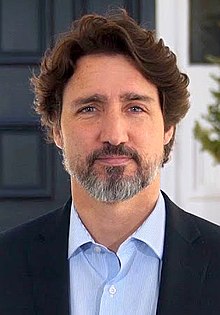 Global Affairs Canada, international development studies departments and many NGOs are celebrating International Development Week. Lost amidst the salute to Canadian aid is the self-serving dark side of international assistance.

The primary objective of Canadian overseas aid has long been to advance Western interests, particularly keeping the Global South tied to the US-led geopolitical order. Initially conceived as a way to blunt radical decolonization in India, Canadian aid is primarily about advancing Ottawa's geopolitical objectives. The broad rationale for extending foreign aid was laid out at a 1968 seminar for the newly established Canadian International Development Agency (CIDA). This day-long event was devoted to discussing a paper titled "Canada's Purpose in Extending Foreign Assistance" written by University of Toronto Professor Steven Triantis. Foreign aid, Triantis argued, "may be used to induce the underdeveloped countries to accept the international status quo or change it in our favour." Aid provided an opportunity "to lead them to rational political and economic developments and a better understanding of our interests and problems of mutual concern." Triantis discussed the appeal of a "'Sunday School mentality' which 'appears' noble and unselfish and can serve in pushing into the background other motives " [that] might be difficult to discuss publicly." A 1969 CIDA background paper, expanding on Triantis' views, summarized the rationale for Canadian aid: "To establish within recipient countries those political attitudes or commitments, military alliances or military bases that would assist Canada or Canada's western allies to maintain a reasonably stable and secure international political system. Through this objective, Canada's aid programs would serve not only to help increase Canada's influence within the developing world, but also within the western alliance."

Historically, military intervention has elicited aid. Call it the 'intervention-equals-aid' principle or 'wherever Canadian or US troops kill Ottawa provides aid' principle.

Ottawa delivered $7.25 million to South Korea during the Korean War. Tens of millions of dollars in Canadian aid supported US policy in South Vietnam in the 1960s and during the 1990-91 Iraq war Canada provided $75 million in assistance to people in countries affected by the Gulf crisis. In 1999-2000 the former Yugoslavia was the top recipient of Canadian assistance.

Hundreds of millions of dollars flowed into Haiti after Canadian troops helped overthrow the country's elected government in 2004. In the years after the early 2000s invasions, Afghanistan, Iraq and Haiti were the top recipients of Canadian 'aid'.

Aid has also been designed to help Canadian companies expand abroad. With most aid "tied" to the purchase of Canadian products and services, the aid program was an outlet for surplus commodities and contracts for Canadian exporters.

The proportion of 'tied' aid has declined over the decades but Canadian aid still supports Canadian firms. After the earthquake in Haiti, for instance, CIDA and the Canadian Red Cross contracted Groupe Laprise and SNC-Lavalin to supply 7,500 temporary shelters. Almost all of the money was spent in Que'bec and the temporary shelters were of poor quality.

Indirectly Global Affairs also supports Canadian firms by channeling funds to sectors in which Canadian firms dominate. Canadian aid has helped liberalize mining legislation in numerous countries. In the best-documented example, Ottawa began an $11 million project to re-write Colombia's mining code in 1997. CIDA worked on the project with a Colombian law firm, Martinez Córdoba and Associates, representing multinational companies, and the Canadian Energy Research Institute (CERI), an industry think-tank based at the University of Calgary. The CIDA/CERI proposal was submitted to Colombia's Department of Mines and Energy and became law in 2001. The new code also reduced the royalty rate companies pay the government to 0.4 per cent from 10 per cent for mineral exports above 3 million tons per year and from five per cent for exports below 3 million tonnes. In addition, the new code increased the length of mining concessions from 25 years to 30 years, with the possibility that concessions can be tripled to 90 years.

The Trudeau government has channeled large sums of aid to international mining. In 2016 the Liberals put up $100 million for international projects titled "Enhanced Oversight of the Extractive Industries in Francophone Africa", "Enhancing Resource Management through Institutional Transformation in Mongolia", "Support for the Intergovernmental Forum on Mining, Minerals, Metals and Sustainable Development", "Enhancing Extractive Sector Benefit Sharing", "Supporting the Ministry of Mines to Strengthen Governance and Management of the Mining Sector" and "West Africa Governance and Economic Sustainability in Extractive Areas." They ploughed another $20 million into the Canadian Extractive Sector Facility "to promote knowledge generation and improved governance in the extractive sector in Latin America and the Caribbean." The "Skills for Employment in the Extractives Sector of the Pacific Alliance" channeled $16 million into "industry-responsive training systems" in Chile, Colombia, Mexico and Peru where Canadian mining companies dominate mineral extraction.

In East Africa the government launched the $12.5 million "Strengthening Education in Natural Resource Management in Ethiopia", which was designed "to improve the employability of people " in natural resource fields like geology, mining and engineering. It works through universities and technical institutes to improve the quality of programs, align them more closely with the needs of the private sector."

While the corporate and geostrategic components of aid receive some criticism, another dimension has received little attention. Aid is designed to co-opt internationalist minded young people into aligning with Canadian foreign policy. Part of this process is simply offering internationalist minded youth opportunities to do international charity work, which draws some away from challenging domestic political structures that contribute to 'underdevelopment'. Government funding gives NGOs the ability to maintain an institutional structure, which most activist groups don't have, that draws internationalist minded youth into their orbit. While they open many young peoples' eyes to global inequity, government-funded NGOs simultaneously take up political space that would often be filled by those more critical of Canadian foreign policy.

While its funding crowds out oppositional forces indirectly, sometimes CIDA directly co-opts NGOs. After leaving her position as head of CIDA in Afghanistan, Nipa Banerjee explained that Canadian aid was used to gain NGO support for the war there. "Our government thinks they are getting public support and [NGO support] for their mission if they fund NGO programs," she told the Globe and Mail.

International Development Week itself is a prime example of the co-optation of NGOs and development studies by the government. Each year they are given funds to organize events focused on promoting Canada's good works. Seldom is heard a discouraging word. Criticism is not part of the program.

It is up to those who no longer believe in the myth that Canada is a force for good in the world to point out the truth. The primary purpose of aid is, and always has been, to advance the US-led geopolitical order and Canadian corporate interests.

On February 18 the Canadian Foreign Policy Institute is sponsoring a talk on "The Trouble with Canadian Aid: Reflecting on Canada's International Development Week"