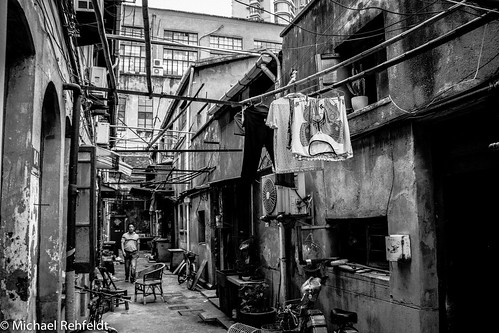 When Donald Trump referred to countries like Nigeria and really, all of Africa, and the long-suffering island of Haiti in the Caribbean as "shitholes" to a bunch of stunned members of Congress yesterday, he was not just showing his deeply-rooted ugly racist self, but also his profound ignorance about the world -- and his own country.

The truth is that yesterday's "shithole countries" often become today's modern success stories. Norway is a case in point. As late as the early 1960s, Norway, as Paul Thornton, a columnist for the Los Angeles Times, himself a descendant of Norwegian immigrants to the US, writes , once was "the shithole of Scandinavia," its people viewed by more prosperous and modern Swedes and Danes as poor, ignorant farmers, Then the country struck oil in the North Sea, and since then, avoiding going the route of many oil-producing nations, has become one of the richest countries in the world on a per-capita basis, with a standard of living about 25% higher than ours here in the US, and with the wealth much more evenly and fairly distributed, too.

Why can't the US get immigrants from Norway, instead of "shithole" countries in Africa and the Caribbean, the president asked? Well, because nobody in Norway, with its gold-plated free national health care system, excellent and well-funded retirement system and educational system, etc., would want to live here, duh. In fact, Thornton says many second and third-generation Norwegians living in the US are looking at whether they might have a chance of getting citizenship rights in Norway these days.

I know what I'm talking about. Back in 1991 when my I got a Fulbright professorship to China and moved for a year with my family to Shanghai, which at the time was one of China's wealthier cities, the place was, frankly, what you'd call a "shithole." Most people, including professors at Fudan University, a leading institution of higher education where I was placed to teach journalism, were living in one or two-room concrete flats with no heat and only cold water, often without even a private bathroom or kitchen. (Our daughter's local elementary school had no heat either, so in the winter, they left the windows open to warm the classrooms up during the daytime, while the kids wore gloves with the tips cut off so they could use their pencils.) As for working class people, many were living in far worse accommodations. The air in winter was filled with soot as people tried to keep warm with charcoal stoves in their apartments, which caused everyone to suffer wracking coughs, myself included.

Meanwhile, the streets were clogged with millions of bicycles every day because there was only minimal public transportation in the form of rickety buses that were packed as tightly as canned sardines and that had to crawl their way through rivers of people pedaling their bikes slowly to and from work, often for hours each way.

Related Topic(s): Donald Trump Narcissist; Education; Immigrants; Infrastructure; Medicaid; Syria, Add Tags
Add to My Group(s)
Go To Commenting
The views expressed herein are the sole responsibility of the author and do not necessarily reflect those of this website or its editors.