Why on earth should you refuse to be the world's hegemon when your army is the most powerful and you do not believe in peace treaties? Because it will lead to a nuclear holocaust eradicating life on the earth, answer the pacifists and realists. But, it won't, object the neocons and neolibs. Our enemies will surrender to avoid annihilation.

History is on their side. Soviet leaders backed down on two occasions when faced with the horrific threat. Khrushchev pulled the missiles out of Cuba. Gorbachev caved in on the German reunification issue. A few years earlier, the Reagan administration had made sure he knew how awesome the American military might was. Risking a war would be futile.

A similar situation is unfolding. In 2016, Nobel peace prize recipient, Obama approved a one trillion dollar nuclear weapon modernization program over the next thirteen years. Russia cannot match this amount which is equal to 75% of its gross domestic product. On a per annum basis, it amounts to $77 billion -- a figure nearly equal to Russia's defense budget ($91 billion). The message to Vladimir Putin is clear: we will overpower you, in due course. Best, you give in now. But Putin is no Gorbachev. Yet, faced with America's aggressive posture, he has to make a decision: strike preemptively now, or surrender at a later date. If he chooses the first alternative, Russia will be destroyed. But enormous damages will be inflicted to the United States. The second alternative is not an option for Putin and his defense establishment. So, he chose a third alternative: a strategic alliance with China, and intervention in Syria. This strategy has worked thus far to the chagrin of the neocons and neolibs. Now, the shoe is on the other foot. 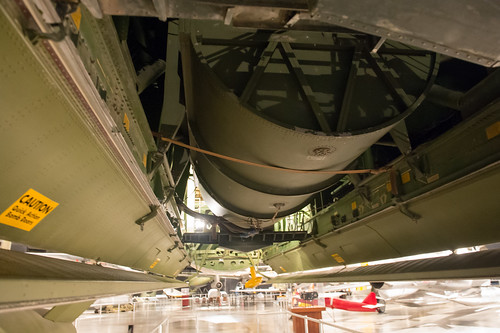 The reaction was swift once the unexpected annoyance of the Trump election was overcome. Syria was bombed on April 7 th , the Carl Vinson Carrier Strike Group was directed to the Korean Peninsula and a MOAB (Mother of All Bomb) was dropped in Afghanistan. An unmistakable demonstration of power. If Vladimir Putin took the bait and overreacted, the United States would have a golden opportunity to strike. He didn't. Instead, he said he was prepared for more "provocations" in Syria. A wise posture. But, how long will he be able to control his war-mongering faction? There will come a time when Russia's near-nuclear parity with the United States will vanish. Washington will then be in position to strike first with minimal damage in return. In anticipation of that moment, Russians have a fateful decision to make: should they strike before the Americans do or accept enslavement or annihilation? Putin once said: "we know what they are doing and they know we know". There you have it, a nation's deliberate policy of world domination leads another to consider an insane scenario as the only "sensible" scenario.

What about China, the strategic partner? China is not in the game. It is a military midget. It only has 300 nuclear missiles. The United States and Russia each have 4500. It has a demographic problem. It cannot feed its people, and it is dependent on Middle Eastern oil. Economically, its future is harnessed to the West. Its economic miracle is also the cause of its enslavement. This is why Xi Jinping is so quiet, as his predecessors were before him.

Contrary to an oft-stated opinion by pacifists and realists, neocons and neolibs do not want to start world war III even though they are (wrongly) convinced they can win it. Their game plan is to bring Russia to its knees one more time and claim victory. It's a crazy plan. No reasonable person would ever conceive such a plan. But, for the neocons and the neolibs, it's simply the road to world domination.

Related Topic(s): Domination; History; Military; Peace; Syria; Vladimir Putin; World Peace; World War III; World War Three, Add Tags
Add to My Group(s)
Go To Commenting
The views expressed herein are the sole responsibility of the author and do not necessarily reflect those of this website or its editors.