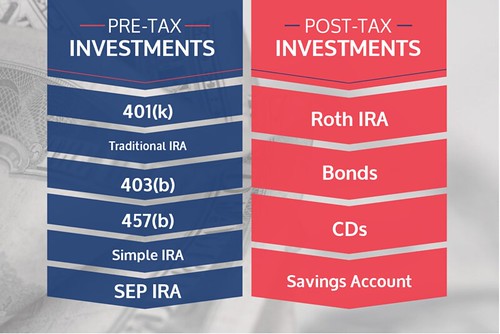 The internet lit up when ProPublica broke the news about venture capitalist Peter Thiel and his "gargantuan tax-exempt piggy bank," a Roth retirement account worth an obscene $5 billion. Nobody said boo, though, about the story's opening words: "Roth IRAs were intended to help average working Americans..."

Well, boo and double-boo (the second for calling Roths "a humdrum retirement vehicle"). The idea that Roths were created for "average working Americans" is 100 percent fantasy and 110 percent naïve.

Roths in fact are a huge tax handout to the well-off. The accounts didn't even exist until 1998, almost a quarter-century after Congress first created Individual Retirement Accounts (IRAs).

A second, instantly popular retirement option, 401(k) accounts, appeared in 1981. Contributions to regular IRAs and 401(k)s are tax-free. Even more important, taxes on capital gains are deferred until withdrawals so compounding works its magic for decades. Within two years of their debut, "nearly half of all big companies were offering 401(k)s or were considering it."

So, putting it simply, "average working Americans" never had the slightest need for Roth IRAs. The accounts were always intended for the affluent, for people with no money worries. The retirement accounts of average Americans may be humdrum, but Roths are a golden exception.

The accounts do have a small disadvantage, but for Roth holders it doesn't really matter: there's no tax deduction for contributions. On the back end, it's made up for in spades with tax breaks that apply only to them.

The growth in the accounts is forever tax-free. All those capital gains, over all those years, go into their pockets (with not a penny going to the Treasury). Even more, there are no required minimum distributions for original owners and spouses who are sole heirs.

Roth rules are the exact opposites of those for all other retirement accounts. For millions of average working Americans with regular IRAs and 401(k)s, distributions are required and capital gains are taxed (at ordinary income rates, not the lower capital-gains rate.)

The payback rules were laid down by Congress to gradually recoup the tax revenues forgiven over the decades. The rules are nothing but fair. For Roths and Roths alone, no money ever has to be withdrawn and, when it is, it comes out tax-free.

While various rules initially limited the number of Roth accounts, President George W. Bush signed two bills that dramatically increased their use. The Economic Growth and Tax Relief Reconciliation Act of 2001 allowed employers, starting in 2006, to offer Roth 401(k) plans as well as standard 401(k)s. Later, in a a blatant pitch to the rich, his Tax Increase Prevention and Reconciliation Act removed the $100,000 gross-income limit for Roth conversions. Starting in 2010, even the richest of the rich could switch into permanently tax-free Roths.

Conversions are paperwork transactions that turn regular retirement accounts into Roths. (Of course, another minor problem for the affluent--the taxes on the converted amounts have to be paid first.)

President Obama drank the Roth Kool-aid as well. As part of the 2012 "fiscal cliff" budget deal, he opened the door to immediate Roth conversions by accounts that previously couldn't convert until age 59-1/2.

Roths have constantly been promoted as a revenue plus for the Treasury: retirement accounts built up on taxable (instead of deductible) contributions. To tax experts Len Burman and Howard Gleckman, the rationale never held water; instead it holds a continuously rising sea of federal red ink.

Here's Gleckman, for instance, on the consequences of Roth conversions by the wealthy: "[I]n the long run, turning billions of dollars from tax-deferred to tax-free savings will be a huge loser for Treasury. My colleagues at Tax Policy Center figure that, through mid-century, allowing unlimited Roth conversions will reduce federal revenues by $100 billion."

Burman was still seething long after the conversion rule took effect. It was, he wrote, "a truly horrible, idiotic, counterproductive idea." All the same "it's the law of the land, proving that a policy that makes a lot of rich people even richer... can be irresistible to lawmakers."