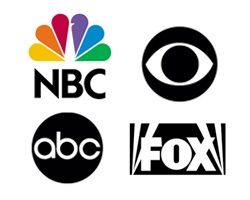 There is a reason why buffoonish political leaders like Donald Trump can get away with attacking the news media. Unlike the print and broadcast journalists who covered Watergate and Iran-Contra, many of today's, mostly cable news reporters and editors, cannot even get basic facts about geography, political systems, and other fundamentals correct. President Richard Nixon never called his media critics "stupid," because Nixon and his gang understood that they were up against a professional and very well-informed news media. Similarly, in the Iran-Contra scandal, the news media, including the emergent Cable News Network (CNN), covered the scandal with the intuitiveness and tenacity expected of the reporters, editors, and bureau chiefs.

Hazarding an informed guess, Trump and his moronic spokespeople, including Sarah Huckabee Sanders, Hogan Gidley, and Kellyanne Conway, would not be so apt to call the news media names if the media displayed anywhere near the professionalism it did during Watergate and Iran-Contra. The news media began to falter on its priorities during the 1990s, when the murder trial of O.J. Simpson and a little bit of oral sex in the Oval Office by President Bill Clinton convinced media organizations to hire lawyers, public relations flacks, and talk radio gabbers as reporters and commentators. The news media fell into Donald Trump's world of tabloid television and gossip mongering like an acorn into a hungry squirrel's grip. Trump believes he can criticize the news media because they have placed themselves on the same playing field of inaccuracy, hype, and a desire to inflame and entertain.

While White House Deputy Press Secretary Hogan Gidley referred to Puerto Rico as a "country," so, too, did a talking head on MS-NBC, who went uncorrected by the equally ignorant host. For the record, Puerto Rico is a Commonwealth territory of the United States. Its citizens are Americans and they can freely travel between Puerto Rico and the U.S. mainland. Other commentators refer to Puerto Rico as an island, forgetting that the commonwealth includes not only the island of Puerto Rico, but the populated islands of Vieques and Culebra.

Fox News's "Fox & Friends," where Trump gets most of his "news," recently won the award for geographical ignorance when its chyron editor wrote "Trump cuts U.S. aid to 3 Mexican countries." The countries, Guatemala, Honduras, and El Salvador, are fully independent Central American republics and not part of Mexico. In reporting on last year's death of famed African-American gospel singer Aretha Franklin, Fox, in a cringe-worthy moment, ran a photo of another African-American singer, Patti LaBelle. It was not the only racially-tinged Fox move. Also last year, a Trump surrogate commentator on Fox said that African-American Democratic strategist Joel Payne was "out of his cotton-picking mind."

A network radio reporter recently described the new carbon fuel tax in Canada. He was doing fine by explaining that the tax was not being instituted federally because Canada has a "provincial system" of government. But, then the reporter, who had been on a roll, called the Canadian provinces "states."

Countless news anchors and other talking heads continue to refer to Attorney General William Barr as "Bob Barr." Bob Barr is a former Republican congressman from Georgia who served as one of the House impeachment managers in the Senate trial of President Clinton. The confusion with William Barr would be solved if news anchors and guests dropped the friendly appellations and called the Attorney General "Barr," "Mr. Barr," or "William Barr." The affectation of anchors and reporters calling subjects of their news stories by their first names in very unprofessional and leads to mix-ups like we have witnessed with Attorney General Barr. It should be "Mr. Kushner" or plain "Kushner," instead of "Jared," and Ms. Trump for Ivanka Trump, as opposed to "Mrs. Trump" (Melania Trump). No one will mistake Ms. Trump for the other daughter, Tiffany Trump, since she has been basically exiled from the Trump family.

All three cable news networks have featured "expert" guests who fail to understand what the term "impeachment" means. The House of Representatives is empowered to impeach the president, an act tantamount to an indictment by a grand jury. The president remains in office unless the Senate, following a vote of impeachment by the House, votes to convict after a trial presided over by the Chief Justice of the Supreme Court. It is only then that the president is removed from office. Nixon resigned before his almost-certain conviction by the Senate. Andrew Johnson and Bill Clinton were found not guilty after their trials in the Senate.

One of the reasons why "journalists" call their news subjects by their first names is that they are often found at the same Washington or New York cocktail receptions or other functions, like weddings, birthdays, professional and celebrity golf tournaments, arena and stadium sky boxes, or funerals. These journalists believe they are all in one big happy elitist family. That may be their belief, but they don't belong in journalism beyond possibly writing for the gossip column or working for Access Hollywood or Entertainment Tonight.

A CNN report on Brunei instituting the death penalty for the LGBT community in the oil-rich nation referred to the country as "the kingdom of Brunei." While its new policy is more akin to the Kingdom of Saudi Arabia, Brunei is not a kingdom. It is a sultanate. There are five Muslim-ruled kingdoms in the world, which, in addition to Saudi Arabia, include Bahrain, Jordan, Morocco, and the Federation of Malaysia. Brunei and Oman are Muslim-ruled sultanates. This is simple geo-politics 101. The news media is charged with informing the public, not broadcasting errors.

It is not very difficult to be more informed or professional than Donald Trump. Just some attention to detail and abandoning any notion that because someone is sitting at the anchor's desk, they are experts in everything would be a good start. That message is for the cross-section of demographics at anchor desks, from Wolf Blitzer and Chuck Todd to Katy Tur and Scott Pelley.

It does not matter what mistakes are made by Sean Hannity, Tucker Carlson, Lou Dobbs, Stuart Varney, Anderson Cooper, Van Jones, or Joe Scarborough because they are pontificators of political pabulum, not real journalists.