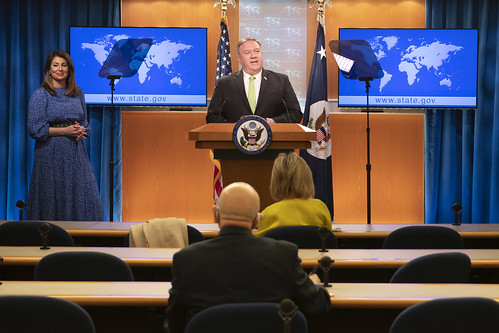 Global capitalism is a vast, multifaceted machine that is so widespread that it can continue to function even if it loses many territories that it used to be able to exploit. Multinational corporations can cope with the socialist revolutions in Cuba, northern Korea, and elsewhere, because these corners of the globe aren't essential for maintaining a rising rate of profits for the capitalist class. The plutocrats will of course do all they can to isolate and sabotage these anti-imperialist countries, but the machine's core can keep running.

Now, though, the U.S.-centered corporatocracy is growing alarmed, because the factors are converging to drastically shift the balance of global control over capital. Sure, last year the corporatocracy was able to regain control over one chunk of territory by overthrowing Bolivia's socialist former president Evo Morales. But even putting aside the fact that the Bolivia coup has been met with a widespread and militant popular resistance, U.S. imperialism and neo-colonialism are facing an unprecedented crisis.

This crisis comes from the shifting of world power towards America's rival superpowers, a development that crept up on the empire throughout the 2010s before resulting in a new cold war--one that's now having the effect of further weakening Washington's global influence. The U.S. responded to China's rise not with pragmatic diplomacy, but with an increasing campaign of belligerence that began with Obama's "pivot to Asia". Consequently, the pivot to Asia has backfired, and China's recent Hong Kong-security law has shrunk U.S. opportunities for waging hybrid warfare against China.

The U.S. responded to Russia's rise with ever-expanding sanctions and aggressive military buildup, which has harmed the power of U.S. currency and strengthened Russia's military alliance with China. In its attempts to strong-arm these growing superpowers into submission, the empire is making itself more internationally isolated, and thus less able to retain its waning influence elsewhere.

At this point, the main thing that the empire can do is engage in various acts of terrorism and disinformation. The economic warfare against Hong Kong in response to China's security law, the color revolution that the U.S. is attempting in Thailand, Trump's plans to enact further violence in Venezuela, the ever-tightening sanctions, and the propagation of fraudulent stories about Chinese "human rights abuses" are all efforts to compensate for the losses the empire is experiencing. The momentary regaining of one neo-colonial outpost in South America can't make up for the global economic and geopolitical shift in China's favor, which is rapidly accelerating during the era of COVID-19.

The more this process of imperial weakening continues, the closer the world comes to an outcome that would be truly catastrophic for the plutocrats: a new wave of socialist revolutions. Civilization has been slowly building towards such an event throughout the entire last half-century, wherein global wealth inequality has steadily risen amid intensifying neo-colonialism and the neoliberal ravaging of the world's proletariat. Now, as U.S./NATO imperialism implodes, more potential is opening up for the next series of proletarian overthrows to happen.

One of the ways this geopolitical shift is creating such a heightened chance for class revolt involves the reversal of the process of neo-colonialism. China's rise, and the subsequent proliferation of its Belt Road initiative, can lead to many of the countries that have long been subjugated by imperialism becoming economically independent. As the Marxist writer Saikat Bhattacharya has concluded about how China's economic policies will achieve this reversal of colonialism's legacy:

BRI is best understood as the antithesis of colonialism. While colonialism was a Western response to its trade deficit with Asian kingdoms and also to the supremacy of Asian mode of production over Western pre-industrial revolution era production, BRI is the response of trade surplus China to the fact that US share of global GDP is becoming too small to generate demand for Chinese products. So China must invest around the world in developing countries which will give Chinese products market simultaneously. While colonialism is associated with the decline of Asia, BRI is about sharing resources of rising China with the rest of the world.

Related Topic(s): Capitalism; China; Colonialism; Empire; Russia, Add Tags
Add to My Group(s)
Go To Commenting
The views expressed herein are the sole responsibility of the author and do not necessarily reflect those of this website or its editors.