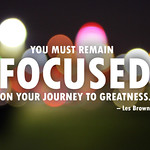 What obstacles stand in the way of America achieving true greatness when, once again, it would be highly respected, greatly admired, and looked upon for leadership in world affairs? What must the U.S. government and the people of America do to restore that distinction?

In this article we'll talk about these obstacles putting special emphasis on the largest ones standing in the way. The first is this government's obsession with and addiction to war; the second is the extreme violence that is taking place in our country, exemplified by the plague of mass shootings that continue unabated.

Relative to the war and domination of other nations, this U.S. government must stop being the policeman of the world; it can't continue to appoint itself as the prosecutor, judge and jury and pass judgment over other nations, often severely punishing certain ones for supposed threats to America. Its highly aggressive foreign policy, based on intimidation and domination, is not working and never will. It is making untold numbers of enemies around the world.

Every billion spent on bullets, bombs, missiles and other weaponry is a billion that could have been used to make America the envy of the world, with an education system second to none, an infrastructure like no other, a world class universal healthcare system, and many other initiatives that strengthen the foundations of America.

Over decades a plethora of important domestic needs have not been addressed as trillions of taxpayer dollars have been poured into the military empire and associated wars that never should have been initiated. One of the main reasons why our national debt will soon reach $21 Trillion is due to military spending. The wars such as Iraq and Afghanistan cost over $3 trillion, none of which was budgeted.

And why is the U.S. military still in Afghanistan after more than 17 years with no end in sight? Does our government expect anyone to believe that we are there to spread democracy or to make the lives of the Afghan people better?

As a result of this massive military spending, our system of education is lagging far behind that of many other developed nations, any number of which offer free education for students from primary school through college. Students attending their colleges are not weighed down by student loans that in America have reached some $1.3 trillion.

A great nation with a responsible government would have created an effective universal health care system based on a Medicare model or some other single payer system to replace our outdated, very costly and inefficient system. This government has refused to fund a modern health care system that would drastically reduce the costs of health insurance premiums and prescription drug costs and cover every single American.

If we had a government with competent leaders we could possess a modern infrastructure such as those in the countries of Europe proper, Scandinavia, China, and Japan. Why do they have excellent infrastructures? Simply by making the maintenance and improvement of their infrastructures a high priority. Engaging in war is not even on the list of their top priorities.

Now after this Republican-controlled Congress and Mr. Trump have given Corporate America $1.5 trillion in tax cuts these politicians say they are ready to address the nation's infrastructure. That's very commendable but there is one major problem involved with doing it; where in the world are they going to find the money when they just gave it away to those at the top and the rest of it is being poured into the furnaces of war?

But wait, it seems as Republicans such as Speaker Paul Ryan and his cohorts know exactly where to find this funding. Ryan has made no secret of his plans to try to cut spending on Medicare, Medicaid and other social programs, those that they derisively refer to as "entitlements", i.e., "handouts" from the government.

Ryan has further stated that health programs such as Medicare and Medicaid are the big drivers of debt." He apparently can't see the mountain of debt that is being accumulated from this government's military actions in many parts of the world.

If we had a government that knew how to conduct foreign affairs in a sensible way we could reduce the military budget and scale back the empire of bases to a great degree; let's say reducing that budget by at least one third. America would still have the most powerful military on this planet.

It's time for real change; this hubristic foreign policy must come to an end. The wars from Vietnam to Iraq to Afghanistan have been colossal failures. These unnecessary, unjustifiable wars have accomplished nothing except creating misery, suffering, and destruction in various parts of the world.

We need to also talk about the deadly disease that has invaded the body of America, the disease of mass killings of Americans by their fellow Americans, i.e., domestic terrorists. This mass shooting that snuffed out the lives of 17 high school students at a high school in Parkland, Florida was so deadly and violent that it has infuriated this entire nation. It has the potential to ignite a massive movement to force the NRA-controlled and corrupted politicians in federal and state governments to take appropriate measures to stop this madness.

Related Topic(s): Blood; Carnage; Children; Congress; Domination; Empire; Health; Killing; Legislation; Politicians; (more...) Students, Add Tags  (less...)
Add to My Group(s)
Go To Commenting
The views expressed herein are the sole responsibility of the author and do not necessarily reflect those of this website or its editors.