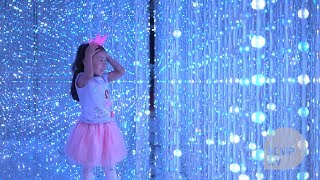 The unsung star of the World Economic Forum in Davos last week was not a head of state, but the Chinese Politburo member Liu He. The 66-year-old is a trusted confidant of President Xi Jinping and will soon be appointed vice-premier to oversee the Chinese economy.

Last year in the Swiss ski resort, Xi stole the show with his keynote speech which outlined globalization with Beijing at the forefront. Now, his trusted chief economic adviser has taken the plaudits.

Liu emphasized, like his "boss," that Beijing is against protectionism and that China is committed to sustainable growth. He also stressed the importance of economic reforms, which would "exceed the expectations of the international community."

On an array of aspects, the dragon is on fire. Chinese debt is mostly internal, and in yuan, while the economy is fast becoming more productive through high-tech solutions such as big data. The transition from an export-fueled business model to a knowledge and innovation economy has been hyper-fast and relatively successful.

On a macro level, concerns persist about how long Beijing's campaign to "de-leverage the financial sector" will take. There are also worries about the willingness to reduce "off-balance-sheet exposure" in the banking sector. Finally, there are fears that a "squeeze on local government funding could also hit infrastructure spending."

Against this backdrop, the People's Bank of China deputy governor, Yi Gang, has been hinting that "shadow banking" and online finance operations will merit special attention in the central bank's "macro-prudential framework."

Yet for many, China's digital ecosystem has been billed as one of the wonders of the "new" world. A detailed report revealed how it is responsible for 7% of China's gross domestic product and worth more than the GDP of France or the United Kingdom.

The all-powerful BATX, of Baidu, Alibaba, Tencent and Xiaomi, alongside Didi Chuxing, the Chinese Uber, and tech giants JD.com and Huawei, are practically a state within a state.

Major breakthroughs in voice and face recognition have helped transform business life in rural China. According to the Boston Consulting Group, there are at least 751 million internet users in China, which is more than the United States and India combined.

Coupled with that, expansion is virtually unlimited as only 54% of the population is connected compared to 77% in the US and nearly 90% in Japan and South Korea. And it certainly helps that Google, Facebook, Instagram and Twitter are not present in the Chinese market.

The inevitable trend is for China's digital ecosystem to keep driving internal growth while, in parallel, the New Silk Road, officially known as the Belt and Road Initiative, generates external growth.

Wang Yi, the Chinese Foreign Minister, recently set out plans to expand the Belt and Road's reach to Latin America. He outlined the blueprint in Santiago, Chile, during the second ministerial meeting of the China and the Community of Latin American and Caribbean States Forum.

So, the new "Silk Road" infrastructure push now takes in Eurasia, Africa and Latin America. The West sees it differently, of course, tending to lump "hard and soft power" as the "China threat," according to the Chinese state-owned Global Times.

Related Topic(s): China New Silk Roads; China Politics; Digital Technology; Financial; Internet; Trade, Add Tags
Add to My Group(s)
Go To Commenting
The views expressed herein are the sole responsibility of the author and do not necessarily reflect those of this website or its editors.