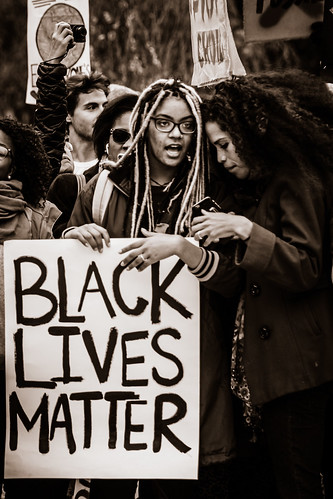 In an essay published on July 4 by NBC News, Joe Biden urged us to commit to "rooting out systemic racism from every area of society it infects," including health, housing, and policing. He did not mention the systemic and murderous racism that has always governed American conduct toward other peoples. Racism is a core part of our culture.

The current wave of protests against police brutality and memorials to prominent figures from our racist past reflects a crisis in American self-knowledge. How much truth about our country can we endure? How many of the fairy tales about our "land of the free and home of the brave" can we shed while keeping our self-respect? There is a long and sordid history linking the first colonization of the Americas to the depraved indifference of the Minneapolis policeman who pressed his knee on the throat of George Floyd, slowly choking him to death in front of horrified witnesses.

Here's a rhyme from our childhood: "In 1492, Columbus sailed the ocean blue." On landing in the Bahamas, Columbus and his men encountered a gentle and welcoming population of indigenous Arawaks. They soon conquered the natives and sold thousands as slaves in Spain or worked them to death on plantations.

The original Arawak population of around one million when Columbus arrived was reduced by enslavement, massacres, and disease to only 35,000 by 1514. This was the beginning of a centuries-long ethnic cleansing against the indigenous nations of the American continent by people of European descent. As historian David E. Stannard put it, "The destruction of the Indians of the Americas was, far and away, the most massive act of genocide in the history of the world."

Columbus had worthy successors during the continental expansion of the United States. In his Adolf Hitler: The Definitive Biography of Hitler, John Toland tells us that Hitler admired "the efficiency of America's extermination - by starvation and uneven combat - of the red savages who could not be tamed by captivity." President Theodore Roosevelt, looking back at a history of broken treaties and massacres of native Americans, said "I don't go so far as to think that the only good Indians are dead Indians, but I believe nine out of ten are, and I shouldn't like to inquire too closely into the case of the tenth."

When we think of the 31/2 centuries of black enslavement in the U.S., followed by over a century of Jim Crow--the American version of apartheid--we need to remember that this domestic horror resulted from the seizure of about 450,000 natives of the African continent during the slave trade era. Slavery was the product of a racist foreign policy.

Captives on slave transports were chained below decks in appalling conditions. The profit motive dictated cramming as many African bodies as possible, with limited facilities for urination and defecation. Here is a description by Olaudah Equiano, one of these unfortunates, as he was put into the hold: "With the loathsomeness of the stench, and crying together, I became so sick and low that I was not able to eat. . . I now wished for the last friend, death, to relieve me."

The white crews on these ships had to be on constant guard against the frequent attempts at revolt by their prisoners. This same fear drove American slaveholders to impose drastic punishments at any hint of rebellion or uppityness from their human chattel. Even the most hardened racists could imagine, and fear, the rage that they themselves would feel if they were treated like slaves or subhumans. This fear has lingered in white culture after the Emancipation Proclamation and the civil rights legislation of the 1960s had doled out citizenship to Blacks.

The list of murderous assaults by the U.S. on people of color around the world is too long to attempt here. Take the examples of Vietnam and Indonesia. U.S. and allied forces killed two to three million Vietnamese and Cambodians. Despite this massive slaughter, the U.S. lost the Vietnam War and had over 58,000 military deaths. As Richard N. Haass, a well-known foreign policy expert, admitted in a Brookings Institution op-ed, we committed all that carnage in "an unnecessary war," one with no strategic purpose. Ah well. . . At least we didn't do it to whites.

In Indonesia, by contrast, the U.S. had an enormous "success." In 1965 Indonesia had the largest Muslim and the 5th largest overall population in the world. It also had the third largest communist party. As Vincent Bevins explains in his brilliant book The Jakarta Method (2020), Indonesian President Sukarno was a leading figure in the third-world non-aligned movement. It sought a 'third way' between the capitalism of the colonial powers and soviet communism. The two main forces in Indonesian politics were the military (cultivated by the U.S.) and the Indonesian Communist Party (PKI). The latter was an "ideologically flexible movement that rejected the armed struggle, frequently ignored Moscow's directions, stuck close to Sukarno and embraced electoral politics."

In 1965, as part of the same anti-communist crusade that devastated Vietnam, the U.S. engineered a military coup which replaced Sukarno with Suharto. The military engaged in a campaign of extermination, killing as many as one million people and putting another million in concentration camps. None of these victims had committed crimes or acts of violence. U.S. embassy officials and managers of American plantations even supplied the military with lists of communists to be murdered. The U.S. won this victory without losing American lives, a triumphant contrast with Vietnam.

Neocolonialism differs from traditional colonialism insofar as the colonial power can exploit without having to occupy them. As Cuba, Venezuela, and Bolivia can testify, Latin America is part of a U.S. neocolonial empire that supports racist governments as long as they accept American capitalism. Without a major reorientation in its foreign policy, the U.S. will continue the racism it inherited from its European ancestors.

Related Topic(s): Brutality; Carnage; Colonialism; Colonialism; Coup; Empire; Neocolonialism; Protest; Racism; Truth, Add Tags
Add to My Group(s)
Go To Commenting
The views expressed herein are the sole responsibility of the author and do not necessarily reflect those of this website or its editors.