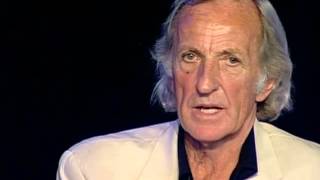 Like all colonial societies, Australia has secrets. The way we treat Indigenous people is still mostly a secret. For a long time, the fact that many Australians came from what was called "bad stock" was a secret.

"Bad stock" meant convict forebears: those like my great-great grandmother, Mary Palmer, who was incarcerated here, at the Female Factory in Parramatta in 1823.

According to nonsense spun by numerous aunts -- who had irresistible bourgeois ambitions -- Mary Palmer and the man she married, Francis McCarthy, were a lady and a gentleman of Victorian property and propriety.

In fact, Mary was the youngest member of a gang of wild young women, mostly Irish, who operated in the East End of London. Known as "The Ruffians," they kept poverty at bay with the proceeds of prostitution and petty theft.

The Ruffians were eventually arrested and tried, and hanged -- except Mary, who was spared because she was pregnant.

She was just 16 years old when she was manacled in the hold of a ship under sail, the Lord Sidmouth, bound for New South Wales "for the term of her natural life," said the judge.

The voyage took five months, a purgatory of sickness and despair. I know what she looked like because, some years ago, I discovered an extraordinary ritual in St Mary's Cathedral in Sydney.

Every Thursday, in a vestry, a nun would turn the pages of a register of Irish Catholic convicts -- and there was Mary, described as "not more than 4ft in height, emaciated and pitted with the ravages of small pox."

When Mary's ship docked at Sydney Cove, no one claimed her as a servant or a skivvy. She was a "third class" convict and one of "the inflammable matter of Ireland." Did her newly born survive the voyage? I don't know.

They sent her up the Parramatta River to the Female Factory, which had distinguished itself as one of the places where Victorian penal experts were testing their exciting new theories. The tread-wheel was introduced in the year Mary arrived, 1823. It was an implement of punishment and torture.

The Cumberland Pilgrim described the Female Factory as "appallingly hideous ... the recreation ground reminds one of the Valley of the Shadow of Death."

Arriving at night, Mary had nothing to sleep on, only boards and stone and straw, and filthy wool full of ticks and spiders. All the women underwent solitary confinement. Their heads were shaved and they were locked in total darkness with the whine of mosquitoes.

There was no division by age or crime. Mary and the other women were called "the intractables." With a mixture of horror and admiration, the Attorney General at the time, Roger Terry, described how the women had "driven back with a volley of stones and staves" soldiers sent to put down their rebellion. More than once, they breached the sandstone walls and stormed the community of Parramatta...

Missionaries sent from England to repair the souls of the women were given similar short shrift.

I am so proud of her.

John Pilger grew up in Sydney, Australia. He has been a war correspondent, author and documentary film-maker. He is one of only two to win British journalism's highest award twice, for his work all over the world. On 1 November, he was awarded (more...)
Related Topic(s): Family; History; Pilger; Women; Women In Politics; Women_in_Prison, Add Tags
Add to My Group(s)
Go To Commenting
The views expressed herein are the sole responsibility of the author and do not necessarily reflect those of this website or its editors.