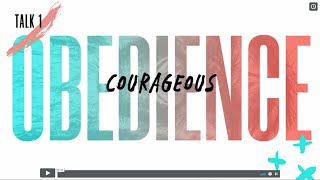 Tragic events, crises, threats are designed to capture our minds and hold us in a state of emergency, whether or not such a state is officially declared by our august leaders.

This "glue" is one aspect of the Matrix.

And of course, when events seem to threaten our very existence, these leaders are all too eager to enact responses and solutions that make the original crises pale by comparison.

We couldn't be blamed for defining "solution" as "whatever is worse than the problem."

In this sordid mix, what part of ourselves is being held down? What capability are we unwilling to exercise? What does fear keep us from doing?

It's obvious that freedom takes a hit. We become more cautious about exercising our freedoms. However, freedom isn't just an idea or an empty condition. Freedom implies power. Individual power.

If it didn't, who would care one way or another about freedom? Who would make an issue out of it?

If each one of us didn't have power, freedom would be no more than a fairy tale with which we could amuse ourselves.

The exploration of power is not something you'll find in a school or in the workplace or in a community group. It's a kind of taboo. People don't talk about it.

Not talking about it makes as much sense as writing a book about the sun and neglecting to mention it gives off heat.

The repressed conversation about power is a cultural artifact. We're somehow led to believe it's impolite to bring up the subject. It's self-aggrandizing. It runs against the grain of appearing humble. It seems to legislate against the mandatory premise that "we're all in this together."

What does this taboo conceal?

Power is the capacity to imagine and create.

Rather than being about "the truth," power is about inventing new truth, in the sense that, when you create, you bring something into the world that wasn't there before.

Related Topic(s): Community; IMAGINATION; Reality; Threats, Add Tags
Add to My Group(s)
Go To Commenting
The views expressed herein are the sole responsibility of the author and do not necessarily reflect those of this website or its editors.