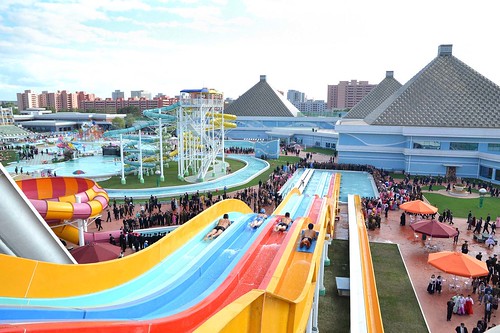 The task of building socialism is a science. To figure out how to construct their societies, the leaders of the existing socialist states have let their actions be guided by dialectical materialism, which is the study of objectively assessing one's material conditions so that the correct steps can be applied throughout a socialist project. As I've looked at the direction that history is heading in during the 21st century, it's become more and more apparent to me that global communists must apply the same approach which has been used by the Democratic People's Republic of Korea: Juche.

Juche, the guiding ideology of the Workers' Party of Korea, was formulated by Kim Il Sung to act as a unifying mentality which gives socialist Koreans the will to make their country self-reliant amid imperialist attacks against the DPRK. But Juche is about more than simply the idea of being self-reliant. Juche is the belief that the masters of the revolution and the construction of socialist society are the masses, and that the masses are capable of shaping humanity's future. Kim Il Sung articulated what the masses must build under Juche in his work The Historical Lesson in Building Socialism and the General Line of our Party:

In the case of the DPRK, Juche has created a deeply democratic civilization that's dedicated to improving the living conditions of its people. Kim Il Sung was the last leader in the country to hold the power of a presidential figure, which is why he's considered to be the "eternal president." Power in the DPRK is jointly shared by the top officials, with Kim Jong Unmerely being a diplomatic figurehead with one vote in his party. Increasing amounts of citizens are taking positions within government in the DPRK, utilizing the country's fair and transparent multi-party electoral system to guide the country's fate through popular democracy.

These facilitators of Juche have given the DPRK free healthcare, housing, food, and education. There are no homeless people in the country. Employment is provided to all who seek it. Even vacations are treated as a right in the country. Workplace democratization has been achieved through the Taean system, which makes it so that all management decisions are arrived at after consensus within the workplace committees. All DPRK citizens have full freedom of speech and assembly, and they can petition the government if they have complaints. The DPRK's prisons are extraordinarily humane, with solitary confinement being considered a heinous form of torture that's not allowed. Far from being the repressive autocracy that the Western media dishonestly casts it as, the DPRK is a true dictatorship of the proletariat, where the people have successfully improved their society and defended themselves from imperialist aggression for around three generations.

"The mode of development based on self-reliance is not new to us," the DPRK writer writer Hong Jin Hyok assesses about how his country has achieved these improvements in its general welfare since the catastrophe of the Korean War. "The Workers' Party of Korea that put up the banner of independence has put forward self-reliance as the lifeline of state-building in the whole period of revolutionary leadership and has neither known an inch of deflection nor a trifling deviation from the orbit of self-reliance and self-development. It is the fixed determination and will of the Party to build up national economic power in the shortest span of time and successfully attain the goals set by us by giving fullest play to the revolutionary spirit of self-reliance, the mode of struggle peculiar to the Korean revolutionaries and their stamina of creation."

Given these accomplishments of Juche, the evidence is compelling that its principles can be used to the benefit of socialist revolutions in every part of the world. While Juche was especially designed as a tool for uniting the Korean people around overcoming imperialist attacks, pursuing Juche can benefit socialist movements throughout all countries, including the core imperialist powers.

This necessity of Juche is apparent from the importance that Juche has proven to have for the survival of socialist states. Namely, it's a way of fortifying a country's political integrity and commitment to class struggle. Kim Jong Il assessed that the USSR and the GDR collapsed "mainly because they neglected class education and abandoned the class struggle. After assuming state power, Khrushchev weakened the function of the dictatorship of the state as a weapon of the class struggle. As a result, socialism could not be defended in the Soviet Union." If global socialists avoid the USSR's counterrevolutionary path and embrace the Juche model, they'll be equipped to win against the capitalists in the long term.

Unlike the DPRK, the Soviet Union's educational and governmental structures became ideologically weakened when the USSR faced Cold War-era challenges from the capitalist world. This was not because of the Trotskyist scapegoat of "Stalinism," but because of the presence of counterrevolutionary opportunists like Khrushchev. Khrushchev's integrations of capitalism into Russia's economy-which were arguably done to appease the imperialists-paved the way for the disastrous capitalist reforms of Gorbachev, which were explicitly done to appease the imperialists. These reforms put the nail in the country's coffin amid the USSR's period of collapse throughout the 1980s. Anti-revisionist socialist countries like Cuba and the DPRK, which resisted the process of capitulation to capitalist interests, were the ones which largely survived the 1989-1991 defeats for communism.

Kim Jong Il specified what the USSR's counterrevolutionary bureaucracy refused to do in this passage from The Historical Lesson in Building Socialism:

Socialist society is a society in which the popular masses are the masters; it is a society which is developed through the creativity of the popular masses that are united as one. The essence of socialist society, which differs from all exploitative societies, and the driving force which promotes the progress of the socialist society lie in the fact that the popular masses work in comradely unity and with a high degree of consciousness of being masters and displaying their ability as such. Therefore, the basic way to promote the building of socialism successfully is to strengthen the motive force of the revolution by educating the popular masses in a communist way by giving priority to the transformation of the people and by rallying them fully behind the Party, as well as to enhance the role of the driving force by giving the fullest play to the revolutionary enthusiasm and creativity of the masses. There is no other proper way to promote socialist construction. The people of some countries, however, did not understand this.

In sum, the USSR collapsed mainly because it didn't fortify itself through a Russian version of Juche. The DPRK, despite being liberal enough to allow the pro-capitalist Korean Social Democratic Party to hold seats in its government, has remained impervious to counterrevolutionary sabotage. A recent example of how the DPRK's ruling Workers' Party handles capitalist saboteurs is found in its actions from last year, which were reported on in this statement from the Chairman of the Juche Idea Study Group of England Dermot Hudson:

Recently, on the 8th of December an enlarged meeting of the Political Bureau of the Workers' Party of Korea was held under the guidance of dear respected Marshal Kim Jong Un the First Secretary of the WPK. At the meeting the crimes of the counter-revolutionary anti-party factional clique of traitor Jang Song Thaek were laid bare so the meeting decided to remove Jang from all of his positions and expel him from the party.

Jang is a counter -revolutionary criminal who schemed in a most two-faced manner to restore capitalism in the DPRK and make the DPRK either a colony of the US or a satellite state of a certain big power. Jang had been sabotaging parts of the DPRK independent national economy over a period of time, even selling off the resources of the DPRK at a low price and disrupting the production of Juche steel, Juche fertiliser and Juche vinalon.

Related Topic(s): Dprk; People; Socialist Alternative, Add Tags
Add to My Group(s)
Go To Commenting
The views expressed herein are the sole responsibility of the author and do not necessarily reflect those of this website or its editors.