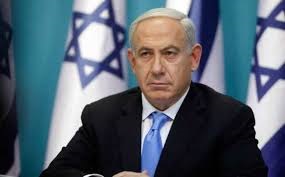 Israel's decision to withhold part of the taxes it collects on behalf of the Palestinian Authority and plunge it deeper into crisis starkly illustrates the hypocrisies and deceptions at the core of the two governments' relationship.

Under the terms of what are now the quarter century-old Oslo accords, Israel is responsible for collecting about $200 million each month in taxes, which it is supposed to pass on to the PA, the Palestinian government-in-waiting in the West Bank.

The money belongs to the Palestinians but Israel has temporarily withheld it on several occasions in the past as a stick with which to beat the Palestinian leadership into line.

On this occasion, however, the stakes are far higher.

Last week Israeli Prime Minister Benjamin Netanyahu belatedly implemented a law passed last summer that requires his officials to retain part of the taxes owed to the Palestinians those that the PA transfers to political prisoners' families as a monthly stipend.

It echoes the Taylor Force Act, a law passed by the US Congress in 2016, that denies American economic aid to the PA until it stops sending those same stipends to 35,000 families of prisoners and those killed and maimed by the Israeli army.

The PA has tried to avert that threat by channelling the payments through a separate body, the Palestine Liberation Organisation.

Israel and Washington regard the prisoners simply as terrorists. But most Palestinians view them as heroes, those who have paid the highest price in the struggle for national liberation.

The Palestinian public no more believes the families should be abandoned for their sacrifices than Irish republicans turned their backs on those who fought British rule or black South Africans forsook those who battled apartheid.

Palestinian president Mahmoud Abbas called Israel's actions "robbery" and said he would rather cut funding for health and education than for the prisoners and their families. "They are the most respected and appreciated part of the Palestinian people," he declared.

Then he played his ace card. He said he would refuse all tax money from Israel until the full sum was reinstated.

That risks plunging the PA into financial meltdown and most importantly for Israel might ultimately lead to the disbanding of the Palestinian security services. Their job has long been to act as a security contractor, keeping order on Israel's behalf in the West Bank.

The security forces hoovered up a massive 20 per cent of the PA's $5.8 billion state budget last year.

The PA is already reeling from a series of hammer blows to the Palestinian economy. They include Donald Trump's decision to cut all funding to UNRWA, the refugee agency for Palestinians, and to hospitals in Israeli-occupied East Jerusalem.

In addition, Mr Abbas reportedly declined $60m in annual US aid for his security services last month for fear of exposing the PA to legal action. A new congressional measure makes aid recipients like the PA subject to American anti-terrorism laws.

Related Topic(s): Funding; Hamas; Israel; Israel-Palestinian Conflict; Israeli-palestinian; Military Occupation; Money; Palestinian; Prisoners; Security; (more...) Taxes, Add Tags  (less...)
Add to My Group(s)
Go To Commenting
The views expressed herein are the sole responsibility of the author and do not necessarily reflect those of this website or its editors.