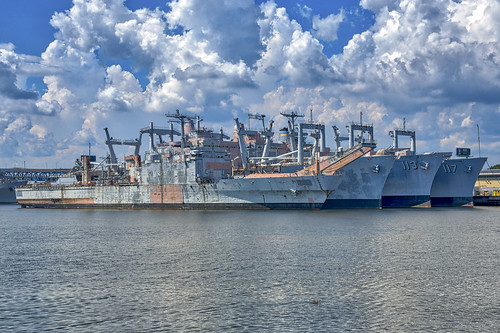 Since the United States became the main world power in the 1940s, opening corporations up to the countries the U.S. empire would come to exploit in the following decades, working class people in America have filled a role more disposable than had previously been the case. Labor could be easily extracted by U.S. corporations from the Third World, because capitalism was now centered around the largest empire in world history. But now the economic order is changing, and the U.S. capitalist class is needing to adapt.

Neoliberalism and the petrodollar are how U.S.-led globalization has survived in the last half-century

In his book Against Empire, Michael Parenti concluded about the economic arrangement of recent generations that "Designed to leave the world's economic destiny at the mercy of bankers and multinational corporations, Globalization is a logical extension of imperialism, a victory of empire over republic, international finance capital over democracy."

When the value of labor from American workers was reduced and corporate interests were global rather than national, the corporatocracy could afford to deindustrialize the imperial core. Millions of U.S. jobs were moved to lower wage countries through free trade deals like NAFTA. In the 1970s, a neoliberal shock doctrine began to be imposed upon exploited countries like Chile, and neoliberalism was soon brought to the U.S. and the other imperial powers. By the end of the 20th century, both the Third World and the First World had been thoroughly transformed by the new paradigm of privatization, austerity, deregulation, and a shifting of the tax burden onto the poor.

Neoliberalism was the way for the corporations to maintain rising profits in a world where the mid-century welfare states had become detrimental to the capitalist class. Spending on the Vietnam War had sent the U.S. into a recession that was making corporate profits drop, exacerbated by the quadrupling of oil prices that was brought on by the 1973 oil embargo.

The embargo, which was a response by the Organization of Arab Petroleum Exporting Countries to Washington's support for Israel, demonstrated the need for U.S. imperialism to adapt. The capitalist class preserved U.S.-led globalization amid this crisis both by implementing neoliberalism, and by placing a new level of importance on the petrodollar system. The U.S. made a deal with Saudi Arabia and other OPEC countries, one where they deposited oil profits to Western banks in exchange for Washington sending U.S. companies to westernize Saudi Arabia.

Under this global economic model, the 1% enjoyed a mostly steady uptick in profits for several decades. But at some point it had to come back down.

After the 2008 crash, the power of the big banks was further consolidated, making the financial system more concentrated and unstable than it had been before. New financial bubbles appeared around the globe as all of the lending schemes that had led to the previous crash continued. When the Covid-19 crash came, it correlated with a new housing crisis that was already in progress, making the Federal Reserve powerless to stop it from turning into a recession. Now most investors are saying that the current downturn will be worse than the last one, and tens of thousands of U.S. capitalists have lost their statuses as millionaires.

The petrodollar system has been growing unstable as well. Since the creation of the petrodollar, Iran's U.S.-installed Shah has been overthrown by an anti-imperialist government that's abandoned the U.S. dollar in international trade. The Chavista revolution has made Washington lose Venezuela as a petrodollar asset as well. This is why Washington continues to escalate its efforts towards regime change in these two countries: they add to the great losses that the petrodollar is experiencing amid the current crisis.

Last week, the price of crude oil briefly dropped to below zero. This is partly the result of the ill-timed recent increases in oil production from the Saudi-Russian oil price war, which has been heating up at the same time that Covid-19 has shut down world economies and decreased demand for oil. Despite the attempts from U.S. oil companies to maneuver the situation, the American oil industry is especially vulnerable to rapid price drops, as is the U.S. dollar itself. Market reporter Jamie Redman writes:

Experts say that the continued sell-off shows the oil problems are not going away and the severe issues could ultimately destroy the U.S. dollar. Since 1944, the USD has been propped up by the petro-dollar scheme and with oil prices below zero, the dollar could easily collapse. Free market advocates, gold bugs, and cryptocurrency proponents have always said that today's monetary system was immoral and manipulated. Of all the countries in the world, U.S. leaders have been some of the worst manipulators in history and the nation's super-powers may be coming to an end.

This goes along with the crisis being faced by Washington's key middle eastern economic asset Saudi Arabia, which former CIA analyst Bruce Riedel says is "facing the perfect storm""weak oil prices, pandemic, and quagmire in Yemen." If the currency system and global economic leverage that U.S.-led globalization depends on are crumbling, what does this mean for the continued viability of neoliberalism?

It means that neoliberalism-which has long had the destabilizing effect of exacerbating wealth inequality-is becoming more of a liability for the capitalist class. The U.S., whose capacity for internal economic productivity has been diminished by decades of deindustrialization and a twelve-year-long state of recession, is now committing economic suicide by shutting down its economy with no meaningful measures to protect the public welfare.

Related Topic(s): Banks; Blackrock; Corporation Google; Corporations; Dollar; Economy; Military; Surveillance, Add Tags
Add to My Group(s)
Go To Commenting
The views expressed herein are the sole responsibility of the author and do not necessarily reflect those of this website or its editors.