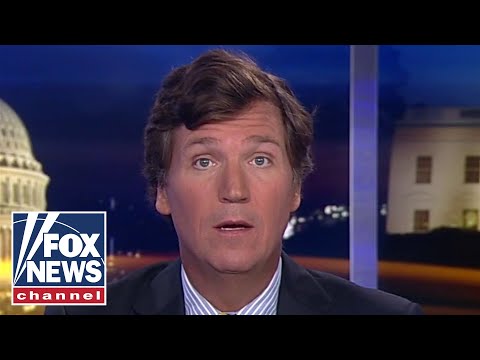 "People like this don't bother to work, they don't volunteer or pay taxes to help other people. They live for themselves...On television, hour by hour, we watch these people, criminal mobs, destroy what the rest of us have built." Fox News host Tucker Carlson describing Black Lives Matter protesters

"The aim of these criminal enterprises, including antifa, but not limited to antifa, is to undermine confidence in our institutions of government at all levels, local, state, and federal. These wanton acts of violence are part of a coordinated effort to eventually overthrow the United States government." Fox News host Laura Ingraham on the motivations driving the protests

"[Police forces should use] overwhelming nonlethal force, including every tool at their disposal built around the perimeters and then of course you use what's necessary safely to disperse the crowd...tear gas, mace if necessary, rubber bullets." Fox News host Sean Hannity on how to handle peaceful protesters

As the coronavirus crisis rages on and protests against ruthless police killings of Black Americans sweep the country, Fox News is contributing almost as much to the deaths, disease, and brutal treatment of protesters as is Trump's White House.

Trump spouts a shocking amount of misinformation from his bully pulpit, but it's Fox News' equally misleading coverage of the dual crises that closes the lethal circuit of lies.

Our latest video breaks down the deadly Fox News-Trump syndicate's formula for misleading and dividing Americans.

This formula works for Fox. It keeps Fox viewers. It helps protect Trump.

But it is making two deadly calamities coronavirus and systemic racism even more deadly.

It's up to us to shut it down.

Related Topic(s): FOX NEWS; Inequality; Lies; Misinformation; Television; Trump, Add Tags
Add to My Group(s)
Go To Commenting
The views expressed herein are the sole responsibility of the author and do not necessarily reflect those of this website or its editors.