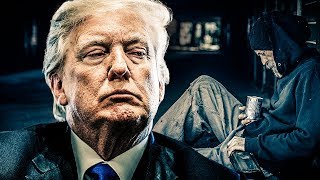 The Trump administration failed in its efforts to kick millions of people off of food stamps in last year's Farm Bill, so it's taking another stab at it now with a proposed rule to force -- and this is the administration's figure -- 3 million people off the program.

The rule would restrict Supplemental Nutrition Assistance Program (SNAP) benefits for households who have savings or other assets. Have a car? It'll be harder to get food. A senior or disabled person trying to save for an inevitable emergency? Sorry. Saving for your kids' school supplies? There go your food stamps. The current rules for SNAP allow states to adjust the income eligibility limits to adjust for housing and childcare costs that take a large share of income, allowing people to have safe homes and even allowing parents to work outside the home and still be able to feed themselves and their families. Because even more people shouldn't be forced into having to choose between having a roof or having food.

"This proposal is yet another attempt by this Administration to circumvent Congress and make harmful changes to nutrition assistance that have been repeatedly rejected on a bipartisan basis," Democratic Sen. Debbie Stabenow said in a statement. Stabenow, the ranking member on the Senate Agriculture Committee, and its Republican Chairman, Pat Roberts, refused to allow the cuts the administration was demanding in the Farm Bill legislation that authorizes the program. "This rule would take food away from families, prevent children from getting school meals, and make it harder for states to administer food assistance."

The rule would disproportionately hurt working families, the elderly, and the disabled. Working parents might have to work less to continue to qualify, and seniors would have to spend down their savings. It would make people already surviving at the margins to become even more vulnerable, not allowing them to have even their own safety net. Even congressional Republicans weren't willing to do this, which is why Trump is doing it now. This isn't about the meager $2.5 billion the administration says it will save. It doesn't give a damn about the budget.

The cruelty is the point.

Stay tuned to this page from Hands Off SNAP! for upcoming links to provide public comments condemning this proposed rule.

Related Topic(s): Children; Food Banks; Food For The Poor; Foodstamps; Trump Cruelty; Trump Selfishness, Add Tags
Add to My Group(s)
Go To Commenting
The views expressed herein are the sole responsibility of the author and do not necessarily reflect those of this website or its editors.