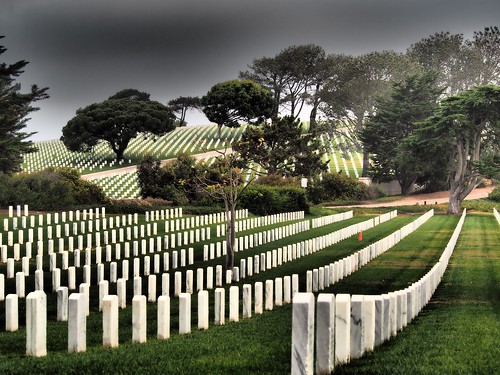 Before this year, my exposure to fake news was limited to the weekly messages from Aunty Marsha about the orange peel cleanse that sheds 10 kilos, or the bird-poop hair treatment which prevents greying evermore. But when her messages veered from beauty treatments and diet fads to COVID-19 "fresh garlic and lemon water" remedies, I realized fake news is not just something to scoff at. It is something to be greatly feared.

Fake news has always carried with it the ability to cause harm and destruction- the naïve masses mixed with misinformation is never a safe combination. But this coronavirus epidemic has shined the light on just how toxic rumors and conspiracy theories can be when they have social media platforms from which to spring.

The coronavirus is an epidemic that demands communal responsibility and logical thinking and any attempt to undermine the severity or the safety measures costs lives. A team from BBC took a deep dive into the effects of coronavirus misinformation trend, and the body count is haunting.

There are those who have fallen seriously ill or lost their lives after drinking large amounts of hydroxychloroquine which was prevalent on social media as the magic cure for the coronavirus. So popular was this unsubstantiated claim, that it even made its way to the White House, with Trump tweeting"HYDROXYCHLOROQUINE & AZITHROMYCIN, taken together, have a real chance to be one of the biggest game changers in the history of medicine."

In Iran, a wildly common rumor regarding the medicinal qualities of alcohol against COVID-19 has been causing havoc. Alcohol is illegal in Iran, and the moonshine mixes are often contaminated and dangerous. Over-consumption of this adulterated alcohol in an attempt to treat corona has so far resulted in over 700 dead and many more with long-lasting bodily damage. In one instance, BBC verified a 5-year-old boy who went blind after his parents tried to help by plying him with copious amounts of alcohol.

Dangerous 'cures' are not the only damage sparked by fake news. Conspiracy theories have run amok, prompting arson and assaults across the globe, from blaming 5G cell towers for spreading the virus, to accusing China of manufacturing it. But the most dangerous of these suggests that future vaccines will be used to slip microchips into our brains and allow the elite to control the world. To you it may sound far-fetched, but surveys show that more than a quarter of Americans would decline a coronavirus vaccine shot because they believe world-domination-through-microchip is exactly Bill Gates's plan.

It is hardly surprising that the world's current climate of distress is a petri dish for fake news. Conspiracy theories and misinformation thrive in times of confusion, panic, and uncertainty. Many people chose to believe in the catchy headline that simplifies this novel situation rather than digesting this complicated and potentially long-lasting COVID-19 reality.

Fake news is a problem that is proven deadly, but how can it be fixed? There's Russia's way, which involves invasive censorship and harsh punishments. The Russian government's coronavirus task force even has a 'fake news' division dedicated to tracking information spread about the virus on messaging apps and social media platform. While, in theory, this may be one of the most productive ways to fight fake news, in practice, it has created a society that feels censored, frightened and unable to voice their opinions lest the over-excited police see a reason to score an arrest. Take Gregory Winters, a human-rights activist from northern Russia who awoke one night to find seven security officers and two riot policeman outside his door for a Facebook post he had written where he expressed his concern about how officials were handling COVID-19 in prisons. This is not the reality we wish to live in.

Social Media platforms are not blind to the misinformation pandemic and have responded to the WHO's request to filter out false news. Google has attempted to remove misleading information about coronavirus from Maps, YouTube, and their advertisements. Twitter monitors conversations to ensure popular COVID-related keywords lead to reliable information, and Facebook recently claimed to have put warning labels on 90 million pieces of content.

And yet, anti-vaccination groups have swelled, conspiracy theories have blossomed, and the numbers of those falling prey to the misinformation epidemic continues to grow. It seems the army of fake news champions are not easily defeated, and we ought to each start learning the tools to defend ourselves from this lethal misinformation epidemic before it's too late.

I have recently completed my masters in philosophy at NYU and, having worked as a ghost writer for the past ten years, I am excited to begin creating a writing profile of my own!

Related Topic(s): Coronavirus; India Coronavirus Total Lockdown; Media Fake News; Media Fake News; Misinformation; Physicians Response To Coronavirus, Add Tags
Add to My Group(s)
Go To Commenting
The views expressed herein are the sole responsibility of the author and do not necessarily reflect those of this website or its editors.

The body count of the fake news pandemic is rising