From Boeing to Whole Foods, companies are touting social responsibility as profits soar. Don't believe a word of it 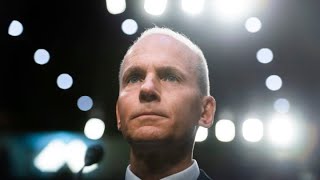 Consider Boeing, whose board just fired its CEO, Dennis Muilenburg, in order "to restore confidence in the company moving forward as it works to repair relationships with regulators, customers, and all other stakeholders."

Restore confidence? Muilenburg's successor will be David Calhoun, who, as a longstanding member of Boeing's board of directors, allowed Muilenburg to remain CEO for more than a year after the first 737 Max crash and after internal studies found that the jetliner posed an unacceptable risk of accident. It caused the deaths of 346 people.

Last week the Business Roundtable issued a widely advertised Christmas message. It asserted that the success of the American economy "depends on businesses investing in the economic security of their employees and the communities in which they operate."

Related Topic(s): Amazon; Boeing; Corporate; Money; Taxes; Workers, Add Tags
Add to My Group(s)
Go To Commenting
The views expressed herein are the sole responsibility of the author and do not necessarily reflect those of this website or its editors.