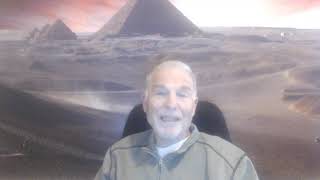 Things often look the way they do because someone claiming authority tells us they look that way. If that sounds too cynical, pause for a moment and reflect on what seemed most important to you just a year ago, or even a few weeks ago.

Then, you may have been thinking that Russian interference in western politics was a vitally important issue, and something that we needed to invest much of our emotional and political energy in countering. Or maybe a few weeks ago you felt that everything would be fine if we could just get Donald Trump out of the White House. Or maybe you imagined that Brexit was the panacea to Britain's problems or, conversely, that it would bring about the UK's downfall.

After all, much as we might want to (and doubtless some will try), we can't really blame Vladimir Putin, or Russian troll farms spending a few thousand dollars on Facebook advertising, for the coronavirus pandemic. Much as we might want to, we can't really blame Trump for the catastrophic condition of the privatized American health care system, totally ill-equipped and unprepared for a nationwide health emergency. And as tempting as it is for some of us, we can't really blame Europe's soft borders and immigrants for the rising death toll in the UK. It was the global economy and cheap travel that brought the virus into Britain, and it was the Brexit-loving prime minister Boris Johnson who dithered as the epidemic took hold.

Is it possible that only a few weeks ago our priorities were just a little divorced from a bigger reality? That what appeared to be the big picture was not actually big enough? That maybe we should have been thinking about even more important, pressing matters systemic ones like the threat of a pandemic of the very kind we are currently enduring.

Because while we were all thinking about Russiagate or Trump or Brexit, there were lots of experts even the Pentagon, it seems, warning of just such a terrible calamity and urging that preparations be made to avoid it. We are in the current mess precisely because those warnings were ignored or given no attention not because the science was doubted, but because there was no will to do something to avert the threat.

If we reflect, it is possible to get a sense of two things. First, that our attention rarely belongs to us; it is the plaything of others. And second, that the "real world," as it is presented to us, rarely reflects anything we might usefully be able to label as objective reality. It is a set of political, economic and social priorities that have been manufactured for us.

Agents outside our control with their own vested interests -- politicians, the media, business -- construct reality, much as a film-maker designs a movie. They guide our gaze in certain directions and not others.

At a moment like this of real crisis, one that overshadows all else, we have a chance -- though only a chance -- to recognize this truth and develop our own critical perspective. A perspective that truly belongs to us, and not to others.

Think back to the old you, the pre-coronavirus you. Were your priorities the same as your current ones?

This is not to say that the things you prioritize now in this crisis are necessarily any more "yours" than the old set of priorities.

If you're watching the TV or reading newspapers -- and who isn't -- you're probably feeling scared, either for yourself or for your loved ones. All you can think about is the coronavirus. Nothing else really seems that important by comparison. And all you can hope for is the moment when the lock-downs are over and life returns to normal.

Related Topic(s): Corona Virus Coronavirus Covid-19; Corporations; Death; Fear; Russiagate; Viruses, Add Tags
Add to My Group(s)
Go To Commenting
The views expressed herein are the sole responsibility of the author and do not necessarily reflect those of this website or its editors.