No one is safe.

No one is immune.

No one gets spared the anguish, fear and heartache of living under the shadow of an authoritarian police state.

That's the message being broadcast 24/7 with every new piece of government propaganda, every new law that criminalizes otherwise lawful activity, every new policeman on the beat, every new surveillance camera casting a watchful eye, every sensationalist news story that titillates and distracts, every new prison or detention center built to house troublemakers and other undesirables, every new court ruling that gives government agents a green light to strip and steal and rape and ravage the citizenry, every school that opts to indoctrinate rather than educate, and every new justification for why Americans should comply with the government's attempts to trample the Constitution underfoot.

Yes, COVID-19 has taken a significant toll on the nation emotionally, physically, and economically, but there are still greater dangers on the horizon.

As long as "we the people" continue to allow the government to trample our rights in the so-called name of national security, things will get worse, not better. 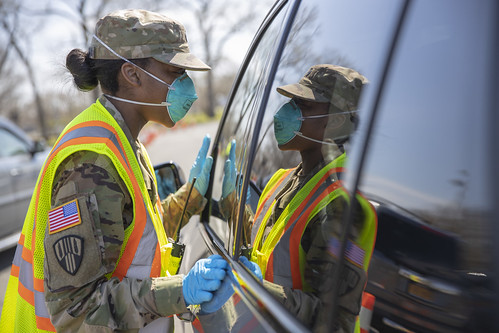 Now there's talk of mass testing for COVID-19 antibodies, screening checkpoints, contact tracing, immunity passports to allow those who have recovered from the virus to move around more freely, and snitch tip lines for reporting "rule breakers" to the authorities.

If you can't read the writing on the wall, you need to pay better attention.

These may seem like small, necessary steps in the war against the COVID-19 virus, but they're only necessary to the police state in its efforts to further undermine the Constitution, extend its control over the populace, and feed its insatiable appetite for ever-greater powers.

Nothing is ever as simple as the government claims it is.

Whatever dangerous practices you allow the government to carry out nowwhether it's in the name of national security or protecting America's borders or making America healthy againrest assured, these same practices can and will be used against you when the government decides to set its sights on you.

The war on drugs turned out to be a war on the American people, waged with SWAT teams and militarized police.

The war on terror turned out to be a war on the American people, waged with warrantless surveillance and indefinite detention.

The war on immigration turned out to be a war on the American people, waged with roving government agents demanding "papers, please."

Related Topic(s): Checkpoints; Coronavirus; Surveillance, Add Tags
Add to My Group(s)
Go To Commenting
The views expressed herein are the sole responsibility of the author and do not necessarily reflect those of this website or its editors.