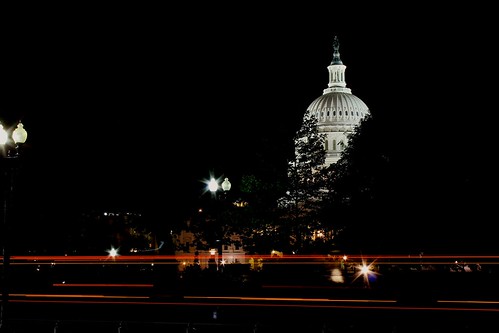 They couldn't have asked for an easier mark.

Fat, rich and oblivious to the ways of the working world.

At first, they all played hard to get, insisting they didn't care. He was a showman and a flimflam man. Full of razzle-dazzle and bull, but no substance. After all, a trick is just a trick -- in the beginning.

The Hill pulled no punches, wasting no time turning up their noses at the blowhard in chief. They put him down every chance they got, both in front of and off camera. He was a joke -- a scar on their holier-than-thou image. Surely he would ruin the famed party of family values.

Now let's not be fooled here. Not all whores stand on street corners peering into car windows looking for their next John -- those are easy to spot. It's the briefcase carrying, church clutching, power-hungry ones that are hard to pick out in a crowd. They can blend in anywhere -- and feel quite comfortable roaming the halls of the Congress.

When compromising one's perceived principles for personal gain, phony self-righteousness can only hold the door open so long before greed slams it shut.

Especially once they learn how easy it is to get what they want.

One thing whores know is everything's a deal -- a give and take situation. Don't pick their pocket when there are bigger prizes at stake.

Roll the old man over and make him feel good. It doesn't take long to find out what turns his kind on. Stroke his ego until he can't stand it anymore.

A little praise there.

If a little isn't enough, ladle on more.

When he's boastful and arrogant -- giggle and look the other way.

When he insults American diversity, bat your eyelashes and tell him how great he is. He loves that.

When he makes the country look uncaring and ignorant ignore the naysayers.

Related Topic(s): Donald Trump Narcissist; Ethics; Impeach Trump; Lies; Lies Republican; Republican In Name Only; Trump Ego; Trump Hypocrisy; White House Coverups; Womens March On Washington, Add Tags
Add to My Group(s)
Go To Commenting
The views expressed herein are the sole responsibility of the author and do not necessarily reflect those of this website or its editors.