"When Melinda and I started this work more than a decade ago, we were inspired by the conviction that all lives have equal value"--- Bill Gates 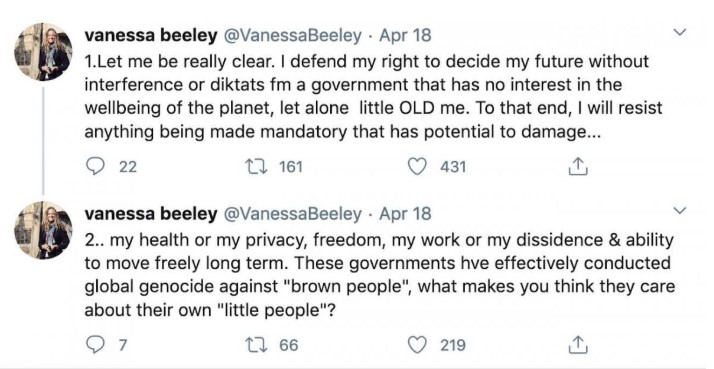 As Britain hurtles headlong towards neo-feudalist governance with heightened surveillance, micro-management of society and an uptick in fascistic policing of the draconian measures imposed to combat the "threat" of Covid-19, it is perhaps time to analyse the real forces behind this "new normal".

There is now serious doubt over the correlation between lockdown and saving lives. Reality is creeping into the Covid-19 dialogue. It is becoming apparent that people are getting sick because they are being isolated and effectively living under house arrest, condemned as "murderers" if they so much as think about breaking curfew, being snitched on by neighbours for "gathering" more than two people together in their back gardens.

The following graph was produced by UK Column and demonstrates the lack of correlation between lockdown and "saving lives":

Who controls the British Government response to Covid19?
(Image by Vanessa Beeley UKC)   Details   DMCA
The numbers game is acting in many instances as a smokescreen. It is impossible to rely upon "official" statistics, that vary wildly from one website to another:

statistics that rely upon unreliable and sporadic testing procedures. and based upon death certificates that misrepresent the actual cause of death as Covid-19, regardless of pre-existing medical conditions.

Statistics, too, that were set in stone very early on in the development stages, when the perspective was limited and compressed, before a true picture could be seen. The newly emerging statistics are now increasingly undermining initial conclusions and pointing to the futility and negative consequences of lockdown.

It is now accepted that there is a high mortality rate among the elderly in care homes in the UK and globally--- among the same elderly civilians who are being "asked" to sign DNRs (Do Not Resuscitate) forms. This amounts to signing their own death warrant, should they present any of the Covid-19 symptoms. They will be neglected, isolated from their families when at their most vulnerable and left alone to die, even though it is possible that they have not contracted the virus. 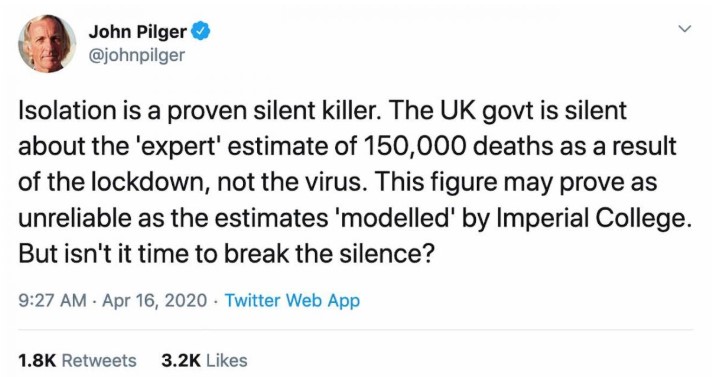 Who controls the British Government response to Covid19?
(Image by Vanessa Beeley)   Details   DMCA
Instead of offering proactive and positive suggestions that will enable our immune systems to combat the disease, the British Government is ensuring conditions that will suppress immune systems to dangerous levels and create the perfect environment for Covid-19 to flourish.

Britain has now received an estimated 1.4 million new benefit claims for welfare payments, "about seven times the normal level". The government has pledged to bail out "80% of pay of workers who are temporarily laid off" but I have personally spoken to self-employed individuals who find themselves falling between the cracks that qualify them for financial support and now face an indefinite period of time without income.

These measures are being imposed in a country that, since 2012, has seen an exponential growth in child poverty to potentially sub-Victorian levels. In March 2019, the number of children living in "absolute poverty" grew by a staggering 200,000 in a twelve-month period, to a total of 3.7 million. How will this number be further impacted by lockdown?

How did we arrive at this point? Who steered the UK Government towards this questionable and alarmist lockdown policy? The unexamined assumption is that conclusions were formed on the basis of sound epidemiological analysis and research by doctors and scientists who care about our welfare.

Vanessa Beeley is an independent journalist and photographer who has worked extensively in the Middle East – on the ground in Syria, Egypt, Iraq and Palestine, while also covering the conflict in Yemen since 2015. In 2017 Vanessa was a finalist for the prestigious Martha (more...)

Related Topic(s): Government; Health; Healthcare; Lockdown; Pandemic; Tyranny; Vaccines, Add Tags
Add to My Group(s)
Go To Commenting
The views expressed herein are the sole responsibility of the author and do not necessarily reflect those of this website or its editors.

"The Welfare of Humanity is Always the Alibi of Tyrants", Albert Camus

Faux Humanitarian Irwin Cotler, the White Helmets, and the Whitewashing of an Appalling Agenda