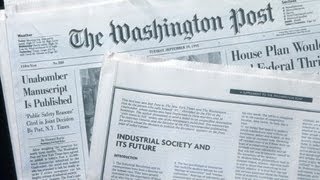 The Washington Post has long had a hostile attitude toward unions, which it expresses in both its opinion and news sections. (As an example of the latter, this front page article complaining about high pensions for public sector workers in California, highlighted the case of Bruce Malkenhorst Sr., a retired city administrator, who received a pension of more than $500,000 a year. Only after reading down in the piece do readers discover that Mr. Malkenhorst was awaiting trial for misusing public funds. Of course, as an administrator, he was not a typical public employee or a union member.)

The latest expression of hostility is from editorial writer Charles Lane. Lane is upset that public sector employees can be required to pay representation fees to the unions that represent them as a condition of working in a unit that is represented by a union. There is much about the current situation that draws his wrath.

First, he complains that the unions arguing the case currently before the Supreme Court are citing the precedent of a prior ruling supporting this practice. Apparently, Lane didn't realize that US courts are governed by precedent.

Lane then makes the argument that there is a serious problem with public sector unions collecting representation fees and dues (dues are paid only by those who choose to join the union), which come out of their paychecks, and then use some of this money to support their favored political candidates. (Only dues can be used for political campaigns, not representation fees, which can only be used for the cost of running the union.)

For some reason, Lane thinks we should be troubled by workers who get a public sector paycheck supporting candidates who represent their interests. When private corporations use profits derived from government actions to support candidates who will increase their profits further, this is fine.

Of course, the immediate issue before the court is whether the government can sign a contract with a union that requires that everyone who benefits from union representation has to share in the cost of the representation. Lane wants to deny workers the right to have a contract that imposes conditions on their co-workers.

Interestingly, the court has explicitly gone the other way in allowing employers to impose terms on their employees with which they may not agree. In the Hobby Lobby case, the Supreme Court ruled that a company can require its workers to have insurance that does not cover contraceptives if the company's owners have a religious objection to the use of contraceptives. In this case, the remedy for workers who believe that it is important that contraceptives be covered by insurance is to work somewhere else.

Under current law, companies can impose all sorts of conditions on their workers, such as wearing stupid hats, smiling at customers and giving overly friendly greetings, and even having insurance that comports with the boss's religious beliefs. But Lane wants us to think that it interferes with workers' individual freedom if their co-workers vote to put any conditions on employment.

Dr. Dean Baker is a macroeconomist and Co-Director of the Center for Economic and Policy Research in Washington, D.C. He previously worked as a senior economist at the Economic Policy Institute and an assistant professor at Bucknell University. (more...)
Related Topic(s): Union Activism; Union Membership; Washington Post; Workers, Add Tags
Add to My Group(s)
Go To Commenting
The views expressed herein are the sole responsibility of the author and do not necessarily reflect those of this website or its editors.