Mark Taliano: Why is the truth about Syria important? 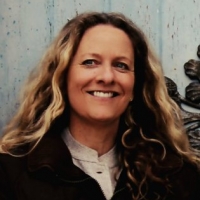 (Image by Vanessa Beeley)   Details   DMCA
Vanessa Beeley: It is important because in Syria the "humanitarian" hybrid war strategy of the Globalist powers in the so-called civilised "global north" is being exposed real time as Syria sweeps to a military victory against the heavily financed proxy invasion of their country, orchestrated by the US alliance that includes aligned Gulf States, Turkey and Israel. By pushing back against the dominant establishment narrative on Syria, we, as journalists and activists, are effectively defending international law which is being violated by our own rogue states. We are standing in solidarity with an unprecedented resistance against global terrorism which has also enabled the formation of an axis of resistance that has turned the tide of neoconservative hegemony in the region. We are defending the right of the Syrian people to decide their own future without foreign meddling. The precedents being set by this externally imposed conflict and its outcome will define the future of global security for all Humanity what more important principle is there to defend?

VB: People all aligned media, think tanks, UN agencies are trying to de-platform me because diverging views, including those of the "disappeared" Syrian people, challenge and confront their fabricated narrative that has "manufactured consent" for the US Coalition criminal aggression against Syria for nine years. The revelations provided by many independent voices exposes the corruption and corrosion of established institutions that should be ensuring world peace and who are, instead, promoting, sponsoring and enabling world instability in order to provide resource scavenging opportunities for the plutocrats who reign over us. Freedom of speech, thought and expression is being eroded and this is the principle we should all be defending or we are ALL Julian Assange tortured, oppressed by the pseudo "free world".

VB: Canadians should use international law as their yardstick to determine truth, the violators of international law are their own government which is a vassal state of the US and UK. The White Helmets, AI and HRW are all compromised organisations which are sponsored and were established by the same governments as part of their smart power complex an integral and now crucial part of their hybrid war strategy which are established to infiltrate prey nation society, always on the side of the US Coalition foreign policy agenda predominantly to ensure the vilification of the target government or leader in order to provide justification for proxy or direct military intervention or economic terrorism under the guise of sanctions.

Do You Choose the Truth or War Propaganda? Your Choice Makes a Difference.

MT: When Syria wins this war, the world will be a safer place. Why?

VB: As I have explained above, the victory of Syria over global terrorism will benefit humanity. Syria has had a policy of containing these terrorist groups within Syrian borders in order to prevent the same fate befalling the EU, UK and US citizens with the inevitable return or flow of these radicalised extremist factions to those regions. Syria and her allies have adhered to international law both from a military and a diplomatic perspective, thus ensuring a stable future for mankind. Syria's victory will ensure that history is written by the targeted nation exposing the destructive hegemony of the US alliance in the region and globally.

MT: What should Canadians do to spread the truth about the war on Syria?

VB: Canadians must fight for freedom of speech and against the de-platforming of diverging views. They should join genuine anti-war movements and defend the principles of international law which have been cynically abused and abandoned by the UK, US and France on the security council.

Note to readers: please click the share buttons above or below. Forward this article to your email lists. Crosspost on your blog site, internet forums. etc.

Vanessa Beeley is an independent journalist, peace activist, photographer and associate editor at 21st Century Wire. Vanessa was a finalist for one of the most prestigious journalism awards the 2017 Martha Gellhorn Prize for Journalism whose winners have included the likes of Robert Parry in 2017, Patrick Cockburn, Robert Fisk, Nick Davies and the Bureau for Investigative Journalism team. Please support her work at her Patreon account.

Mark Taliano is a Research Associate of the Centre for Research on Globalization (CRG) and the author of Voices from Syria, Global Research Publishers, 2017. Visit the author's website at https://www.marktaliano.net where this article was originally published.

Related Topic(s): Anti-war; Global Hegemony; Globalism; Globalization; Peace; Syria; Syrian Situation; Terrorism; Truth; Truth, Add Tags
Add to My Group(s)
Go To Commenting
The views expressed herein are the sole responsibility of the author and do not necessarily reflect those of this website or its editors.