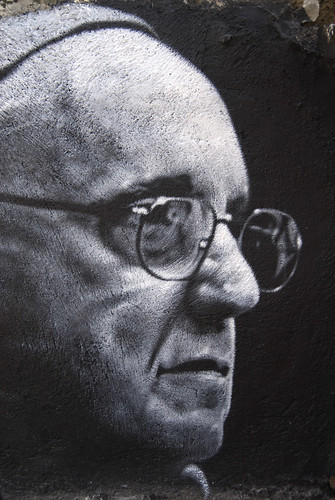 Duluth, Minnesota (OpEdNews) April 29, 2019: Because I have often published OEN pieces about Pope Francis and about books about him, I feel that I should now alert OEN readers to the new book The Election of Pope Francis: An Inside Account of the Conclave That Changed History (Orbis Books, 2019).

Incidentally, perhaps I should mention here that the editor-in-chief of Orbis Books is Robert Ellsberg, the son of Daniel Ellsberg who became famous (or infamous, depending on your point of view) in 1971 for releasing The Pentagon Papers to the New York Times.

The author is the Irish-born journalist living in Rome Gerard O'Connell, who has covered the Vatican since 1985. At the present time, he is the Vatican correspondent for the Jesuit-sponsored magazine America, based in New York City.

O'Connell says, "In 2005 he [Cardinal Bergoglio] baptized Juan Pablo, our first child, in the church of San Ignacio, the oldest Catholic church in Buenos Aires, and did likewise for Carolina, our second, in 2007" (page 44).

Now, I have not been a practicing Catholic for years, but I enjoyed the book and I imagine that others will also enjoy it. It is a well-written and well-informed account of the speculations and rumors and gossip reported by journalists, including the author, concerning the unexpected abdication of Pope Benedict XVI and the unexpected election of Pope Francis.

In the days leading up to the 2013 conclave, the cardinals who had arrived in Rome met in a supposedly secret session in which a cardinal could address his fellow cardinals for up to five minutes. When it became Bergoglio's turn to speak, he delivered a three-and-a-half-minute speech in Spanish that galvanized many of his fellow cardinals (pages 153-155). Nevertheless, when the conclave formally began, he was not elected on the first ballot.

Now, for a less pious discussion of Benedict and Francis and the Vatican, see the openly gay French author Frederic Martel's new book In the Closet of the Vatican: Power, Homosexuality, Hypocrisy, translated by Shaun Whiteside (Bloomsbury Continuum, 2019). But I'd advise you to take claims based on Martel's gaydar with a grain of salt.

Related Topic(s): Catholic; Pope Benedict; Pope Benedict XVI; Pope Emeritus; Pope Francis, Add Tags
Add to My Group(s)
Go To Commenting
The views expressed herein are the sole responsibility of the author and do not necessarily reflect those of this website or its editors.