DPR OLDER COUPLE: "THE UKRAINIAN SIDE SHOOTS WHENEVER THEY WANT; NO ONE HOLDS THEM ACCOUNTABLE"

When in the People's Republic (DPR) and visiting the Mine 6-7 area, I saw a school whose basement is now used as a shelter.

There, I met an elderly couple who have been living in that dank, stinking, basement for six years, their home destroyed.

Outside the battered school, Dmitry commented: "You see, each dot on the wall is from shrapnel.

Of course there were direct hits also."

One of the direct hits is a hole in the roof of the building. In the basement a musty stink overwhelmed.

Sitting in one corner of the paint-chipped, barebones, room, what possessions they were able to salvage piled near them, an older couple explained that their house was destroyed by two direct hits with heavy artillery, and that their only hope is to get Russian passports; that this will somehow end the war.

They agreed to talk but didn't want to have their faces filmed. 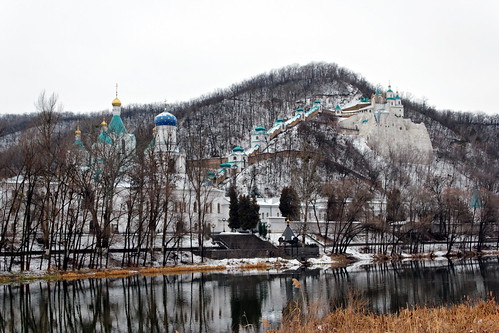 Resident of the Mine 6-7 District, DPR, Shows Damage to her Home After Ukrainian Shellings

Related Topic(s): Ukrainian Fascists, Add Tags
Add to My Group(s)
Go To Commenting
The views expressed herein are the sole responsibility of the author and do not necessarily reflect those of this website or its editors.