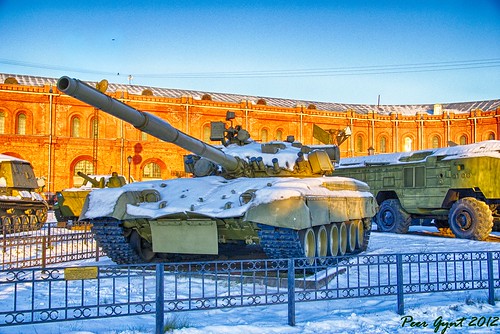 The International Institute for Strategic Studies (IISS) has considered several options for the outcome of a military conflict between Russia and Europe if the US withdraws from NATO. According to experts of the institute, European countries would not be able to resist Moscow. This is as reported by the American magazine National Interest.

According to one of the scenarios, Russia seizes Lithuania and part of the territory of Poland. This situation wpild force NATO countries to declare war on Russia, in response to an attack on one of the bloc members.

However, according to experts of the institute, the operation to repel the "attack of the Russian troops" would face a number of problems. For example, the alliance's troops in Europe would be enough for only one division, while to obtain numerical superiority four corps of soldiers would be required. Also, more modern tanks and infantry fighting vehicles would be needed.

The situation is the same with air support. There are not enough airplanes and UAVs in Europe to conduct a full-scale assault. In addition, shortly after the start of a hypothetical war, NATO would have a shortage of ammunition without additional ammunition from the United States.

Thus, the rearmament of the EU army without the help of the United States would cost the EU $357 billion.

Such statements show the necessity of the European countries to be dependent on the United States, and to be willing to make new contributions for the needs of NATO. Americans are speculating on a fear of Russia solely for political, economic and military purposes.

The US want to monopolise the European market, and therefore they are lobbying for their own militaristic interests within the European Union. This includes permanent military exercises, which are held every month. Only on the borders of Russia and Belarus are there more than 10 such exercises per year. At the same time, no one speaks with openness and transparency for the eastern neighbors.

In turn, Russia, is conducting the "Union 2019 Shield" exercise on its territory this year. They are willing to accredit journalists and observers. It is worth noting that the observers from NATO were also invited for the past 2 years for exercises "West 2017".

All this suggests that Russia is not going to attack Europe, because it has no motive. No one can explain ito Europe why Russia would attack them. However, lobbyists from the US are ready to escalate war hysteria in the minds of Europeans solely for their own personal benefits.

Related Topic(s): Fear As Policy; Fearmongering; International; Military, Add Tags
Add to My Group(s)
Go To Commenting
The views expressed herein are the sole responsibility of the author and do not necessarily reflect those of this website or its editors.