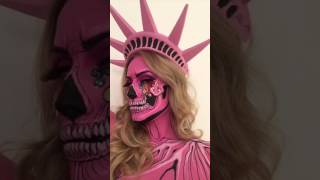 On Friday, in its latest move against Venezuelan President Nicolas Maduro "official" Washington put sanctions on companies, its heads and 35 tankers delivering oil to Cuba.

Looking at the names-none recognized here-it appears Washington is getting desperate with its schemes to bring down Maduro.

Though we continue to hear the likes of idiot Senator Marco Rubio intoning the all too familiar "all options are on the table", aka a US military operation into Venezuela, even he concedes the Venezuelan army and a majority of the people continue their support of Maduro, not Juan Guaido, the self appointed interim president of Venezuela the US and its lackeys recognize.

Russian President Vladimir Putin has made it clear he doesn't support US actions against Maduro, as does China, Cuba, Nicaragua, Bolivia, Iran ,South Africa, North Korea and notably NATO members Turkey and Italy all countries the US has sanctioned, threatened or provoked-Turkey accepting Russian made S-400 ABM's and Italy signing on to China's BRI, Belt and Road Initiative, which the US condemns as Chinese overreach.

But the key country against US depredations in Venezuela is Russia.

Russia doesn't have a huge military contingent in Venezuela, some 100 military personnel-reportedly-advisers and a couple of military transports that recently sent material and cargo over the last two weeks.

We continually hear Trump and his coterie of officials barking they want Russia out of the country yet it appears Russia isn't going anywhere, bringing a stalemate to US intentions for regime change.

The world is watching.

Any US led or supported military, mercenary operation against Venezuela will be seen as outright aggression against a sovereign country, the worst form of aggression cited in the UN Charter which the US is a signatory. It would be a war crime.

Initiating coups, assassinations, regime change operations against any government the US opposes, many that were legitimately elected, exposes Washington as the sinister empire that it is.

Certainly not a supporter of "freedom and democracy", a falsehood that masks its real intentions.

Though the propaganda of America's "goodness" in the world continues to be spewed by Washington's unofficial mouthpiece, its complicit enabling corporate MSM, more and more American people recognize they've been sold a rotten bill of goods-though other than some protest demonstrations have yet to rebel in significant numbers.

As this author candidly admits it may be wishful thinking Venezuela could be Washington's last gasp attempt at regime change where the world finally steps up and says enough. Washington's depredations against Venezuela are so bald faced, out in the open, they're unmistakably aggression, against international law.

More and more voices are heard in Europe, one of the latest was a German MP who said, "70 year old NATO should retire [1] , as he lambasted the organization for conducting aggressive wars.

Retired. The author of "DECEIT AND EXCESS IN AMERICA, HOW THE MONEYED INTERESTS HAVE STOLEN AMERICA AND HOW WE CAN GET IT BACK", Authorhouse, 2009
Related Topic(s): America; Empire, Add Tags
Add to My Group(s)
Go To Commenting
The views expressed herein are the sole responsibility of the author and do not necessarily reflect those of this website or its editors.