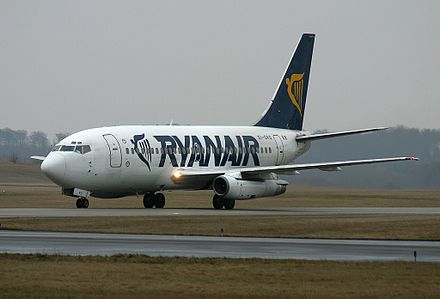 On May 23, a fighter jet intercepted Ryanair Flight 4978 as it was about to exit Belarus's airspace en route from Athens, Greece to Vilnius, Lithuania. Citing a supposed bomb threat (apparently contrived by regime agents on board the plane), Belarus air traffic control ordered the Boeing 737 to turn around and land in Minsk.

On the ground, regime police entered the plane and abducted opposition journalist Roman Protasevich and his girlfriend, Sofia Sapega. Belarus's state media reports that the hijacking/abduction was carried out on the personal orders of President Alexander Lukashenko.

US Secretary of State Anthony Blinken (rightly) called the operation a "shocking act."

Ursula von der Leyen, president of the EU Commission, tweeted (correctly) that it was "outrageous and illegal" and that Protasevich "must be released immediately." That's hard to disagree with.

Unfortunately, neither the US, nor several EU regimes, have any business grandstanding on the matter. They've pulled the same kind of stunt before, at least as recently as eight years ago.

Why? Because while in Russia, Morales had indicated (in an interview with Russian state media) his willingness to offer asylum to American whistleblower Edward Snowden.

The US government, in the words of Jen Psaki (currently White House Press Secretary, but back then a State Department spokesperson) had "been in contact with a range of countries across the world who had any chance of having Mr. Snowden land or even transit through their countries."

Austrian authorities claim they searched the plane for Snowden. Bolivian authorities say that Morales refused to allow a search. But either way there's little doubt that several EU regimes, at the request (implicit or explicit) of the US regime, colluded to force a plane -- and not just any old regular plane, but a diplomatically protected plane -- to land in an effort to help abduct a political refugee.

No, I'm not defending Lukashenko. He's not very defensible. I hope that he can be pressured into freeing Protasevich and Sapega alive and unharmed.

But if the "leaders of the free world" didn't act exactly like Lukashenko whenever it suits them or serves their interests, they'd be in a much better position to mobilize global action to achieve that outcome.

Related Topic(s): Belarus; Edward Snowden; European Union; Us Foreign Policy, Add Tags
Add to My Group(s)
Go To Commenting
The views expressed herein are the sole responsibility of the author and do not necessarily reflect those of this website or its editors.