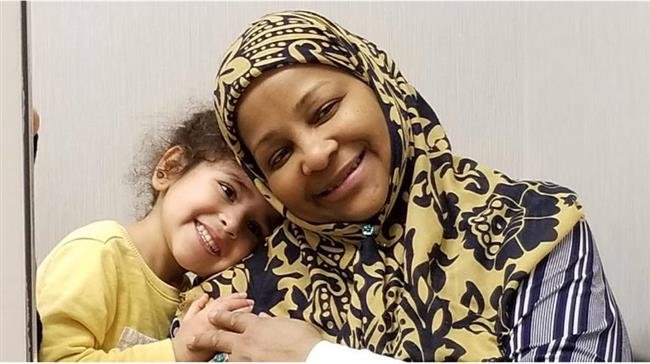 The FBI abduction of Marzieh Hashemi is another milestone in the US turn to fascism. Marzieh Hashemi is a well-recognized and highly respected journalist and TV anchorwoman for Press TV, which is affiliated with the Islamic Republic of Iran. She was abducted on January 15th as she was boarding a flight to Denver from St. Louis.

Marzieh was whisked to an unknown location in the vicinity of Washington, DC. The Washington DC area was probably chosen, as Northern Virginia is the site of what is referred to as the "CIA court", in which so-called national security cases are heard, because the government can be assured of government-friendly juries. In such cases, juries side with the government 99.9% of the time.

Marzieh is being held incommunicado, as this is being written, and she has not been heard from publicly. Nor does her family and friends know her exact location of imprisonment. It took nearly a week before the US government even acknowledged Marzieh's arrest.

All the US government finally said was that Marzieh is being held as a "material witness" to an unspecified crime. Though not charged with any crime, Marzieh is being treated worse than a criminal. Her human, civil and religious rights have been violated. Reportedly all she has been able to eat is crackers, because the government is not respecting her religious dietary requirements.

According to reports from Press TV, Marzieh has been very mistreated to the point of torture. Her hijab was forcibly removed, she has been denied halal food, kept in a cold solitary dungeon without adequate clothing, and her hands and legs are shackled during brief period in an enclosed exercise yard.

Marzieh is also a US citizen, which should not make a difference. The United Nations Declaration on Human Rights, as well as the US Constitution, recognizes the inalienable rights of all human beings in the world, especially journalists. Among those rights are freedom of speech, and freedom of the press.

Until the War on Terror, it has been highly unusual for the US government to arrest someone as a material witness. Normally a "witness" is simply issued a subpoena to appear in court and testify on a specific date. Even in the even that witnesses cannot appear before a grand jury, they can be deposed under oath and the deposition entered into evidence. If the authorities fear that the witness might leave the country, then they can simply ask her to surrender her passport.

There is no question from those that know Marzieh that she would have cooperated with a subpoena, without the use of physical force and imprisonment. That is not to say that she is not a strong person and a fighter for truth and justice. She will now fight for her civil rights from behind prison walls.

After the attacks of September 11, 2001, arrest as a "material witnesses" has been used to incarcerate so-called "enemy combatants" to indefinite detention. Such detention is indefinite because a grand jury or trial may be way in the future, or never even take place. Whereas, someone who is actually charged with a crime is entitled to a writ of habeas corpus informing them of the alleged crime. Someone charged with a crime is entitled to an attorney, and an opportunity to be freed on bail until there is a speedy trial.

The legality of arresting someone as a material witness and holding them indefinitely is an abuse of the law. Apparently, the Supreme Court has heard several cases but never ruled on it directly. However, such as in the case of Ashcroft v. al-Kidd, the material witness statute has not been ruled as unconstitutional.

In the past the arrest as a material witness has rarely been used against a US citizen. According to 18 U.S. Code § 3144 - Release or detention of a material witness, it appears that arresting Marzieh Hashemi, abusing her, disrespecting her freedom of religion, and keeping her incognito is to make a mockery of the law. The War on Terror has been used to make a mockery of international and domestic law.

The War on Terror is what has lowered the US in torturing people, conduct non-judicial assassinations of US citizens, engage in domestic spying, extraordinary rendition, indefinite detention, ignore the Geneva Conventions, and illegally start wars of aggression. The US has become the number one state sponsor of terrorism. What the US does abroad sooner or later it does at home to its own citizens.

Related Topic(s): Freedom Of Religion; Freedom Of Speech; Freedom Of The Press, Add Tags
Add to My Group(s)
Go To Commenting
The views expressed herein are the sole responsibility of the author and do not necessarily reflect those of this website or its editors.