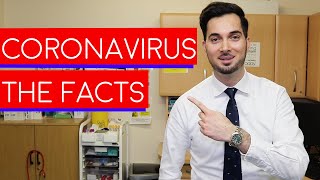 The coronavirus (COVID-19) is in its very early stages in the United States so it is too early to predict its full impacts. The World Health Organization reports that COVID-19 has stricken more than 86,000 people around the world, killing nearly 3,000 and has spread to at least 60 countries. The global march of COVID-19 looks unstoppable.

On Friday, three new patients in California, Oregon and Washington State who had not traveled outside of the US were diagnosed with COVID-19, suggesting community transmission in the US has begun. The first death in the US happened this weekend in Washington State. The Times reports that "flawed test kits distributed to states by the CDC and strict criteria initially used for identifying potential cases may have slowed detection of the virus -- spreading within communities across the country." The virus is likely to spread to every corner of the nation.

The economic impact of the COVID-19 virus, which has already wiped out $6 trillion in global wealth, $4 trillion in the US, is beginning to take effect. On Wall Street, the Dow Jones index closed down nearly 360 points on Friday. The index has dropped more than 14% from a recent high, making this the market's worst week since the 2008 global financial crisis. Europe's economy is already teetering on the edge of recession. If COVID-19 becomes a global pandemic, economists expect the impact could be much worse, with the US and other global economies falling into recession. The White House is considering tax cuts and pressure on the Federal Reserve in response, but these are not likely to provide relief.

The real issue is health. COVID-19 will be a challenge for the fragmented US health system where tens of millions of people do not have adequate access to healthcare. The US is poorly prepared for an epidemic. The Center for Disease Control ( CDC) estimates the flu has resulted in between 9 million to 45 million illnesses, between 140,000 to 810,000 hospitalizations and between 12,000 and 61,000 deaths annually since 2010. And, that is not an epidemic like COVID-19 could become. COVID-19 has a 2 percent death rate, 20 times higher than the influenza virus.

If the virus spreads, it will highlight the danger of healthcare inequality in the US as millions of people without insurance will delay seeking care and spread the disease to family, neighbors, and co-workers. The profit-driven system will make access to medicine expensive and out-of-reach-for many. And the lack of paid sick leave will make it impossible for workers, particularly in the service sector, to stay home and avoid infecting others. The demand for National Improved Medicare for all and other necessities must be stronger.

The US Is Not Well Prepared For A Viral Epidemic

A 2019 report by CSIS Commission on Strengthening America's Health Security found "the United States remains woefully ill-prepared to respond to global health security threats." The report predicted what is occurring now in our globalized world: " Outbreaks proliferate that can spread swiftly across the globe and become pandemics, disrupting supply chains, trade, transport, and ultimately entire societies and economies."

The report recommended building the response to global health pandemics at the National Security Council and other agencies, increasing investment in preparedness, producing vaccines and other measures. Rather than heeding these recommendations, the Trump administration has done the opposite. In May 2018, Rear Adm. Tim Ziemer, the head of global health security on the White House's National Security Council, left the Trump administration, one day after an Ebola outbreak was declared in the Democratic Republic of the Congo. This was part of the entire pandemic response chain of command being removed. The CDC budget and global health fund budgets were cut by tens of millions. Also in 2018, Trump fired Tom Bossert, homeland security adviser responsible for coordinating the response to global pandemics. His job has remained vacant.

Laurie Garrett reported in January, that the shutdown of National Security Council's global health security unit and cuts of $15 billion in national health spending, including cuts for the management of infectious global diseases at the CDC, DHS, and HHS, were so severe that "the number of countries it was working in was reduced from 49 to merely 10.

Other reports have made similar findings, The Global Preparedness Monitoring Board of the World Health Organization and World Bank found the threat from pandemics "is growing, and the world is not prepared." In October 2019, the Global Health Security Index concluded that "collectively, international preparedness is weak."

This week, National Nurses United sounded the alarm that the US is not prepared for the spread of the COVID-19 virus. They point to many problems including the lack of health care workers. In one case at the UC Davis Medical Center, a "patient admitted to the facility on Feb. 19 has now led to the self-quarantine at home of at least 36 RNs and 88 other health care workers." One case resulted in 124 health professionals being unavailable.

National Nurses United is conducting a survey of registered nurses across the country on hospital preparedness and will be releasing those results next week. Preliminary results from more than 1,000 nurses in California are worrisome:

Kevin Zeese is co-chair of Come Home America, www.ComeHomeAmerica.US which seeks to end U.S. militarism and empire. He is also co-director of Its Our Economy, www.ItsOurEconomy.US which seeks to democratize the economy and give people greater (more...)
Related Topic(s): Corona Virus Coronavirus Covid-19; Health; Healthcare; Influenza; Needy, Add Tags
Add to My Group(s)
Go To Commenting
The views expressed herein are the sole responsibility of the author and do not necessarily reflect those of this website or its editors.