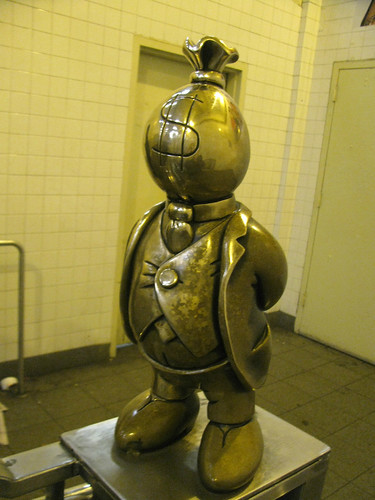 The United States' capitalist and imperialist economy cannot provide a modicum of social welfare to its people and has been in perpetual war with Black Americans and Indigenous Peoples since its formation.

"COVID-19 proves that the United States' war on the world is a drag on humanity."

U.S. imperialism has a long-standing habit of imposing the most brutal forms of war and torture onto nations under the pretext of so-called humanitarian grounds. Humanitarian intervention and the "Responsibility to Protect" (R2P) have been used to destroy Libya, Syria, and Somalia and turn them into "failed states." In many cases, however, these states were declared failures prior to U.S. intervention. Failure in the eyes of U.S. imperialism and its legion of profiteers is defined as any oppressed nation's refusal to bow down to the economic and political dictates of a foreign imperial power. To be a "failed state" has always been a declaration of war by the U.S. and its imperial allies on the most oppressed and downtrodden nations of the world. What the hubris and racism of American exceptionalism and humanitarianism masks is that the U.S. is an actually existing failed state. COVID-19 has exposed this fact to the masses.

For two months, China heroically employed mass quarantines, built emergency temporary hospitals in record time, and redirected much of its economic and political infrastructure toward containing COVID-19. The U.S. exploited the disease to demonize China only to find itself unprepared for the blowback. President Trump declined testing kit assistance from the World Health Organization (WHO), allowing the virus to spread virtually undetected. Exorbitant healthcare costs and the lack of medical leave have deterred workers from taking the necessary precautions outlined by the WHO and the CDC. With no planned, nationalized response to the outbreak on U.S. shores, local governments have facilitated haphazard curfews and recommendations for more "social distancing" in attempt to stem the tide.

"The U.S. exploited the disease to demonize China only to find itself unprepared."

Forty years-plus of neoliberal shock therapy has turned the United States into the very failed state that the political class constantly complains about in reference to other nations. The U.S. cannot provide free healthcare to the masses because shareholders in the pharmaceutical and insurance industries are more committed to their profits. The U.S. cannot provide homes to the homeless because capitalists in finance, insurance, and real estate industries (FIRE) view public housing as an impediment toward their widening share of the market. The U.S. cannot possibly provide the conditions necessary for a rapid and effective response to a pandemic because private profits remain in command of society.

Private profits have indeed been prioritized throughout the COVID-19 crisis. The Federal Reserve didn't hesitate to pump 1.5 trillion dollars into the plunging stock market. Not a cent of a trillion dollars was invested in student and other debt relief, a moratorium on evictions and foreclosures, or toward the development of medical infrastructure to make up for a massive shortfall in masks, ICU beds, and ventilators. What the masses in the United States did receive was a Congressional bill for COVID-19 relief that House leader Pelosi proudly endorsed. The bill possessed a corporate friendly loophole that left nearly eighty percent of workers out of a 14-day federally mandated and funded medical leave benefit.

The massive inefficiency and anarchy of the U.S.' capitalist and imperialist model has existed for quite some time, especially in relation to Black America and other oppressed nations. Hurricane Katrina killed thousands of Black Americans and displaced over 100,000 more due to the putrid response of the U.S. state. Puerto Rico has been plundered by a U.S.-backed financial control board which left the island vulnerable to prolonged devastation after Hurricane Maria. And make no mistake, oppressed nations will undoubtedly feel the brunt of the fallout from COVID-19. Black Americans make up a large portion of the "gig economy" and the rest of the service sector which is stuffed to the brim with shit jobs lacking medical leave or any form of protection. Blacks make up a disproportionate number of the homeless populations in urban centers, of the unemployed, and those without adequate healthcare. Black Americans, Latino Americans, and Indigenous Americans comprise over half of the 2 million people being held in concentration camps called U.S. prisons. These conditions already leave America's "wretched of the earth" vulnerable to premature death, and COVID-19 will be no different.

An imperialist failed state is also a menace abroad and the U.S. has only hindered the ability of the world's people to tackle the outbreak of COVID-19. While China has offered experience, medical equipment, and other forms of aid to nations such as Iran and Italy, the U.S. has only fanned the flames of anti-China sentiment. CNN moderator Dana Bash asked Bernie Sanders and Joe Biden at the most recent debate how they would punish China for concealing the true danger of COVID-19. Both candidates affirmed their commitment to war by calling China an "authoritarian" state that must be held accountable. Neither called out the basis of the question as a proven fallacy. Biden even suggested that the U.S. should have deployed "experts" to China to monitor the situation, a clear act of war.

"The U.S. has only fanned the flames of anti-China sentiment."

The U.S. is a failed state because it has nothing to offer the world but death, destruction, and destitution. Iranians continue to die of treatable diseases and COVID-19 due to U.S. sanctions. The United States continues to deploy its trillion-dollar military albatross to murder, starve, and pollute the vast majority of the world's people. No calls have been made to halt operations in the U.S.' eight hundred military bases or to rollback AFRICOM amid the spread of COVID-19. To do so would threaten the profits of the banks and transnational corporations that depend on war to create the conditions necessary for their domination.

The characterization of the United States as a failed state is helpful in several respects. First, calling the U.S. a failed state helps us redefine the term and provides numerous opportunities to organize a people's centered struggle for human rights. The U.S. has no right to impose any unilateral military action upon any nation, whether in the form of sanctions or direct attack. The United States' capitalist and imperialist economy cannot provide a modicum of social welfare to its people and has been in perpetual war with Black Americans and Indigenous Peoples since its formation. A moment of crisis like that presented by COVID-19 requires a demand on the so-called international community to take swift action to muzzle the destructive impact of U.S.' failed state. People have the right to healthcare, housing, and the necessities of life to address the COVID-19 crisis and the failed state on the American mainland is incapable of providing these fundamental human rights without the pressure of an international movement.

"People have the right to healthcare, housing, and the necessities of life to address the COVID-19 crisis."

Related Topic(s): Corona Virus Coronavirus Covid-19; Failed States, Add Tags
Add to My Group(s)
Go To Commenting
The views expressed herein are the sole responsibility of the author and do not necessarily reflect those of this website or its editors.