Instead of wasting scarce funds on the Space Force, the Biden administration should deploy its diplomats to demilitarize space. 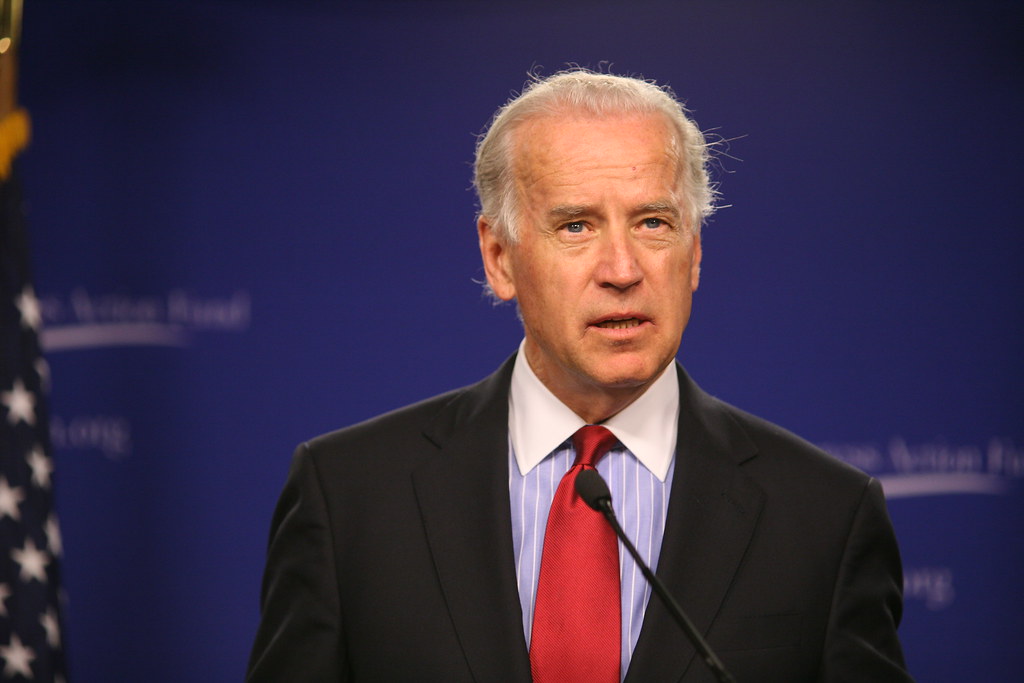 When President-elect Joe Biden takes office on January 21, he will be faced with some very expensive problems, from bailing out the COVID-19 economy to getting a handle on climate change. Vaccinating over 300 million people will not be cheap, and wrestling the U.S.'s hydrocarbon-based economy in the direction of renewable energies will come with a hefty price tag.

One place to find some of that money would be to respond to Russian, Chinese, and United Nations (UN) proposals to demilitarize space, heading off what will be an expensive and destabilizing arms race for the new high ground.

The Militarization of Space

Last December, the U.S. Department of Defense (DOD) created the Space Force, although a major push to increase the military's presence in space dates back to the Obama administration.

In fact, space has always had a military aspect to it, and no country is more dependent on that dimension than the United States. A virtual cloud of surveillance satellites spy on adversaries, tap into communications, and monitor military maneuvers and weapons tests. It was a U.S. Vela Hotel satellite that caught the Israelis and the South Africans secretly testing a nuclear warhead in the southern Indian Ocean in 1979.

While other countries have similar platforms in space, the U.S. is the only country with a world-wide military presence, and it is increasingly dependent on satellites to enhance its armed forces. Such satellites allow drone operators to call in missile strikes from half a world away without risking the lives of pilots.

The U.S. is not the only country with armed drones. Turkish and Israeli drones demonstrated their effectiveness in the recent war between Azerbaijan and Armenia, and scores of countries produce armed drones. But no other country wages war from tens of thousands of miles away.

American drones stalk adversaries in Africa, South Asia, and the Middle East, piloted from air conditioned trailers in southern Nevada. "It's only really the U.S. that needs to conduct military operations anywhere in the world all the time against anyone," Brian Weeden of the Secure World Federation told Scientific American in the magazine's November article, "Orbital Aggression: How do we prevent war in space?"

According to the DOD, it is the Russians and the Chinese who have taken the initiative to militarize space, although most of that is ancient news and a lot of it is based more on supposition than fact. Moscow, Beijing, and Washington have long had the ability to take out an opponent's satellites, and have demonstrated that on a number of occasions. It takes no great skill to do so. Satellites generally have very predictable orbits and speeds. Astrophysicist Laura Greco of the Union of Concerned Scientists calls them "sitting ducks."

Satellites do, however, have the capacity to maneuver. Indeed, it was a recent encounter between a Russian Cosmos "inspection" satellite and a U.S. spy satellite that kicked off the latest round of "the Russians are coming!" rhetoric from the Pentagon. The Americans accused the Cosmos of potentially threatening the American satellite by moving close to it, although many independent observers shrugged their shoulders. "That's what an inspection satellite does," says Weeden. "It is hard to see at this point why the U.S. is making it a big deal."

China's military and civilian space budget is estimated to be $8.4 billion. Russia's is a comparatively modest $3 billion. In contrast, the U.S. space budget is at $48 billion and climbing, and that figure doesn't account for secret black budget items like the X-37B unmanned space plane.

Conn M. Hallinan is a columnist for Foreign Policy In Focus, "A Think Tank Without Walls, and an independent journalist. He holds a PhD in Anthropology from the University of California, Berkeley. He oversaw the (more...)
Related Topic(s): Corona Virus Coronavirus Covid-19; Drone; Energy Consumption US; Satellites; Space Defense Weapons; Space Force; Spacecraft, Add Tags
Add to My Group(s)
Go To Commenting
The views expressed herein are the sole responsibility of the author and do not necessarily reflect those of this website or its editors.