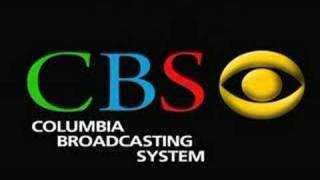 The spectacle began on Friday morning at 11:00 am EST, when the Most Trusted Name in News spent 12 straight minutes on air flamboyantly hyping an exclusive bombshell report that seemed to prove that WikiLeaks, last September, had secretly offered the Trump campaign, even Donald Trump himself, special access to the DNC emails before they were published on the internet. As CNN sees the world, this would prove collusion between the Trump family and WikiLeaks and, more importantly, between Trump and Russia, since the U.S. intelligence community regards WikiLeaks as an "arm of Russian intelligence," and therefore, so does the U.S. media.

This entire revelation was based on an email which CNN strongly implied it had exclusively obtained and had in its possession. The email was sent by someone named "Michael J. Erickson" -- someone nobody had heard of previously and whom CNN could not identify -- to Donald Trump, Jr., offering a decryption key and access to DNC emails that WikiLeaks had "uploaded." The email was a smoking gun, in CNN's extremely excited mind, because it was dated September 4 -- 10 days before WikiLeaks began publishing those emails online -- and thus proved that the Trump family was being offered special, unique access to the DNC archive: likely by WikiLeaks and the Kremlin.

It's impossible to convey with words what a spectacularly devastating scoop CNN believed it had, so it's necessary to watch it for yourself to see the tone of excitement, breathlessness and gravity the network conveyed as they clearly believed they were delivering a near-fatal blow to the Trump/Russia collusion story:

There was just one small problem with this story: it was fundamentally false, in the most embarrassing way possible. Hours after CNN broadcast its story -- and then hyped it over and over and over -- the Washington Post reported that CNN got the key fact of the story wrong.

The email was not dated September 4, as CNN claimed, but rather September 14 -- which means it was sent after WikiLeaks had already published the DNC emails online. Thus, rather than offering some sort of special access to Trump, "Michael J. Erickson" was simply some random person from the public encouraging the Trump family to look at the publicly available DNC emails that WikiLeaks -- as everyone by then already knew -- had published. In other words, the email was the exact opposite of what CNN presented it as being.

Related Topic(s): Media CNN; Media Error; Media Network CBS; Media Network MSNBC; Wikileaks, Add Tags
Add to My Group(s)
Go To Commenting
The views expressed herein are the sole responsibility of the author and do not necessarily reflect those of this website or its editors.