The announcement by US Attorney-General Jeff Sessions that he'll pursue federal pot prosecutions has two age-old motivations: power and money.

Financially, of course, the Republican party is vested in America's vast private prison system. Every new arrestee means money in the pockets of the investors who own and operate them. Keeping those cells and beds occupied is the essence of the industry"and of Pot Prohibition.

The Drug War is a giant cash cow, not only for the prison owners, but for the cops, guards, lawyers, judges, bailiffs and all the other operatives whose livelihood depends on destroying those of the nation's tens of millions cannabis customers. 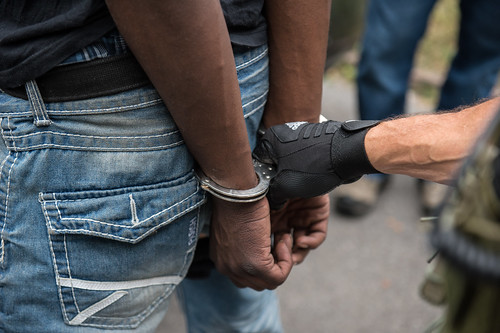 Medical legalization in about half the country, and full legalization in California, Colorado and other states, represents a serious threat to this multi-billion-dollar incarceration scam. Sessions has risen to its defense.

Then there's the power.

As long as so many millions of people smoke the stuff, marijuana's illegality give police the ability to bust whoever they want, whenever they want. It is the core enabler of a police state.

In fact, Pot Prohibition is a major foundation of the Republican Regime stretching from the White House and Congress to state government, the courts and beyond.

The key is disenfranchisement.

Since the Drug War's initiation by Harry J. Anslinger in the 1930s, the principle focus has been on people of color. Anslinger promoted the term "marijuana" to deal with cannabis because it has an Hispanic twinge and aroused paranoid bigotry among the white population.

While promoting films like "Reefer Madness" to make pot appear like some sinister force, Anslinger's minions made cannabis into a racist menace.

But it was Richard Nixon who took the assault to its ultimate depth. Nixon hated blacks and hippies. He also had a serious interest in slashing into their communities, and depriving them of the vote.

In 1972 his own Blue Ribbon Schaefer Commission recommended against Prohibition. Chaired by Pennsylvania's liberal Governor Richard Schaefer, it said the health impacts did not warrant a national campaign.

Nixon ignored all that. Amidst a terrible war and racial upheavals, he proclaimed Drugs to be America's most serious problem.

His own staff knew better. As aide John Ehrlichmann put it:

Related Topic(s): Bigotry; Cannabis; Driving; Government; Health; Jeff Sessions; Marijuana, Add Tags
Add to My Group(s)
Go To Commenting
The views expressed herein are the sole responsibility of the author and do not necessarily reflect those of this website or its editors.