If Democrats speak to the practical economic needs of Americans, they'll have a chance to win against Trump in 2020 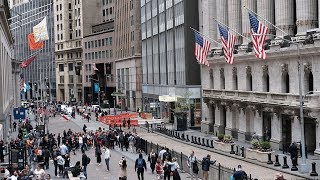 Trump is the least popular president to run for re-election in the history of polling but Mulvaney thinks Americans will vote for him anyway because unemployment has hit a 50-year low, wages are rising and economic growth exceeds 3%. A CNN poll released in early May shows 56% of Americans approve Trump's handling of the economy.

Related Topic(s): American Schools; Economy Recession; Fools; Housing; Jobs; Trump Broken Promises; Trump Debts; Unemployment, Add Tags
Add to My Group(s)
Go To Commenting
The views expressed herein are the sole responsibility of the author and do not necessarily reflect those of this website or its editors.