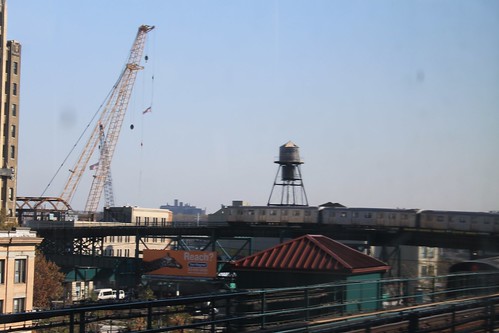 His first order of business is to revitalize the American economy through supply economics by combining lower taxes and deregulation. He also wants to re-industrialize it, and protect it from competition on world markets which he regards as unfair. He plans to spend one trillion dollars on infrastructure renovation and intends to do away with Obamacare which he views as an inappropriate answer to a real problem despite the fact it provided medical coverage to over 30 million Americans. On the political front, he wants to give the power back to the people in the spirit of Abraham Lincoln, his illustrious predecessor. On the geopolitical front, he is repudiating the neoconservatives' hegemonic policy of the last twenty-five years in favor of bilateral accords which he believes he can negotiate on a one-to-one basis, all to the advantage of the US. On the cultural front, he reaffirms the identity of the American people and promotes a return to traditional values. It's a fourfold revolution he is offering the American people. What do you make of it?

His economic growth objective (4% per annum) is too ambitious considering the political agenda. It can only be reached over time. The mid-term elections often bring surprises. The Republican Party could lose control of Congress if impatient voters express their dissatisfaction in November 2018. His administration would then be faced with a deadlock.

To re-industrial the economy, Trump will have to resort to high tariffs which he has said he will do. But, they will bring down the Americans' buying power and set in motion an economic war. His negotiating skills he boosts about will be put to the test when negotiating with the United States' trading partners. The Chinese economy is very much dependent on the American economy. However, the Chinese won't be fleeced. The same is true of Russians. There is an obvious and reciprocal advantage for the two countries to trade. But, the Russians will enter into an agreement only if it is equitable, not one-sided. If Trump cancels NAFTA (the trade agreement linking the United States, Canada and Mexico) as he said he would, he will induce a flow of Mexican immigrants into the United States, therefore worsening a problem he wants to eliminate.

In foreign policy matters, incoherence seems to prevail. Trump cannot be Russia's ally against ISIS and "tear up" the nuclear agreement with Iran which is allied to Russia. He wants to have good relations with Vladimir Putin, however his Defense Secretary, general James Mattis, regards Russia as the United States' main threat. On the cultural front, he will face strong opposition in the states of New York and California, if he repeals the 1973 Supreme Court's decision Wade vs Roe.

Trump is partially correct. The United States is experiencing a relative decline. The neoconservatives' hegemonic policy turned out to be very costly with disastrous human consequences. Donald Trump is right to drop it. He is right again when focusing on the American people's well-being. But, he cannot ignore that his decisions have an impact on the rest of the world. The United States remains the most powerful country in the world, economically, politically and militarily. Whatever they do, the world is impacted. He must also ask himself how pertinent some of his policies are. Imposing custom duties as he said he would may start a trade war similar to the one the world has known in the 1930s which was an indirect cause of World War II. In social matters, he is attempting to turn the clock back. But, people demand more, not less, from their government as their nations' wealth rises.

Considering his administration's diversity, his program's incoherencies and the street opposition, Donald Trump cannot keep his current policies without risking a severe crisis or falling into authoritarianism.

Related Topic(s): Economy; Immigrants; Neoconservatives; Revolution; Trade; Trump Cabinet; Trump Foreign Policy, Add Tags
Add to My Group(s)
Go To Commenting
The views expressed herein are the sole responsibility of the author and do not necessarily reflect those of this website or its editors.