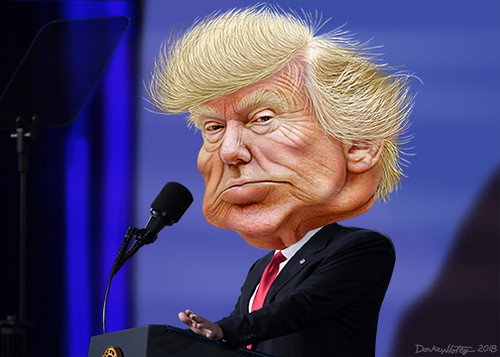 I know that we shouldn't be telling readers what political figures think, but in this case, it logically follows from their claim that weakening fuel efficiency standards would save more than10,000 lives over the course of a decade. They gave several reasons for why weakening standards would save lives but the most important was that more fuel efficient cars would make it cheaper to drive, and therefore people would drive more and therefore be in more accidents. They assumed a very strong relationship between the cost of driving and the number of miles driven.

In getting to their calculation of lives saved, the Trump administration was comparing a standard of 50 miles a gallon with the 37 miles a gallon standard that would be locked in place after 2021 under their plan. This implies a 35 percent reduction in gas cost per mile.

The idea of pay-by-the-mile auto insurance is to take what is largely a fixed cost that doesn't directly change with the number of miles driven (insurance premiums) and replace it with a per mile charge. To get a rough idea of the charge, the average premium is somewhat over $1,000 per year, but let's round it to $1,000. The average car is driven close to 10,000 miles a year, which gives us a cost of 10 cents per mile.

If a car gets 30 miles per gallon, then the current gas cost per mile driven would be about 10 cents, assuming that gas is $3.00 a gallon. This means that pay-by-the-mile auto insurance would effectively double the per-mile cost of driving. This compares to the Trump administration's plan which would only raise the cost by 35 percent against the baseline.

This means that if the Trump administration plan would save more than 10,000 lives in traffic accidents then pay-by-the-mile auto insurance would easily save two or three times this amount. (For an extra dividend, the state could convert their car registration charges into per-mile fees.)

Anyhow, this is obviously the next step the Trump administration will take if it is concerned about preventing traffic deaths. Of course, if the point is just to reverse something the Obama administration did to slow global warming, then maybe not.

For those interested, here are some references on pay-by-the-mile auto insurance.

Dr. Dean Baker is a macroeconomist and Co-Director of the Center for Economic and Policy Research in Washington, D.C. He previously worked as a senior economist at the Economic Policy Institute and an assistant professor at Bucknell University. (more...)
Related Topic(s): Auto-evolution; Cars; Driving; Insurance Industry, Add Tags
Add to My Group(s)
Go To Commenting
The views expressed herein are the sole responsibility of the author and do not necessarily reflect those of this website or its editors.