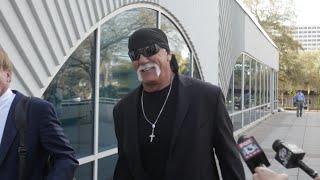 I am suing for the Los Angeles Times and the $638 million newspaper conglomerate Tronc for the defamation and wrongful termination they carried out as a favor for the chief of Los Angeles Police Department.

I don't know how things will turn out. But I have learned a lot about the justice system.

I've learned there's a "Thin Grey Line" -- a conspiracy of silence that media outlets use to shield one another from public scrutiny and accountability. It's not President Trump's supposed "fake news."

It's No News At All.

If media misconduct falls in the woods, whatever sound it makes receives no coverage in "rival" media outlets.

The Thin Blue Line is a 1988 movie describing how police protect one another from allegations of wrongdoing by clamming up about what they know, leading to the railroading of an innocent man. Similarly, media organizations conspire to keep allegations of libel and other wrongdoing out of the public eye. You don't cover my bad behavior and I won't cover yours.

Of course, some libel lawsuits are too big to ignore. In those cases the Thin Grey Line slants their coverage to make the victims look like petulant crybabies or greedy pro-censorship fascists.

I learned about the Thin Grey Line when I reached out to media organizations about my situation with the LA Times. Although certain outlets did a good job covering my case -- the UK Guardian and the New York Observer stood out -- big papers like the New York Times and Washington Post wouldn't touch it.

"Cartoonist Critical of Police Fired as Favor to LAPD after LAPD Pension Fund Buys Major Interest in LA Times' Parent Company" has all the components of a major story: big guy crushes little guy, privacy violations, secret police spying on citizens going back decades, ugly conflicts of interest, a police department pension fund that bought newspaper stock so it could leverage it into editorial control of major newspapers, a criminal conspiracy at the highest levels of local government.

If the villain wasn't a media company, a media outlet would be all over it.

Most U.S. media outlets ignored my story. Most that put out reports were either online-only or based overseas.

Some, like NPR, explained that my story required investigative reporting for which they didn't have a budget.

Rall v. Los Angeles Times is a natural fit for The Intercept, the news site dedicated to the Snowden revelations and perfidy by government and the press. Indeed, an Intercept reporter worked the story, spending hours talking to me. Then he took it to his editors -- who killed it. Was someone higher on the food chain connected to the Times or LAPD? Were they reluctant to take on a fellow media outlet? All I know is, the guy never called me back. That's unusual to say the least.

Related Topic(s): Defamation; Gawker; Libel; Media And Democracy; Media Hypocrisy, Add Tags
Add to My Group(s)
Go To Commenting
The views expressed herein are the sole responsibility of the author and do not necessarily reflect those of this website or its editors.