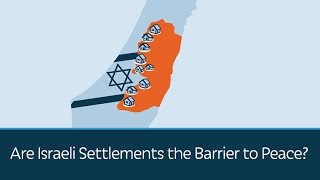 Ze'ev Begin, the son of Menachem Begin, is a very nice human being. It is impossible not to like him. He is well brought up, polite and modest, the kind of person one would like to have as a friend.

Unfortunately, his political views are far less likeable. They are much more extreme than even the acts of his father. The father, after leading the Irgun, sat down and made peace with Anwar al-Sadat of Egypt. Ze'ev is closer to Golda Me'ir, who ignored Sadat's peace overtures and led us into the disastrous Yom Kippur war.

Begin Jr. is a strict follower of the "revisionist" Zionist creed founded by Vladimir Ze'ev Jabotinsky. One of the characteristics of this movement has always been the importance it gave to written texts and declarations. The labor movement, headed by David Ben-Gurion, didn't give a damn about words and declarations and respected only "facts on the ground."

Last week, Ze'ev Begin wrote one of his rare articles. Its main purpose was to prove that peace with the Palestinians is impossible, a pipe-dream of Israeli peace-lovers (Haaretz 9.10). Quoting numerous Palestinian texts, speeches and even schoolbooks, Begin shows that the Palestinians will never, never, never give up their "Right of Return."

Since such a return would entail the end of the Jewish State, Begin asserts, peace is a pipe dream. There will never be peace. End of story.

A SIMILAR point is made by another profound thinker, Alexander Jakobson, in another important article in Haaretz (9.26). It is directed against me personally, and its headline asserts that I am "True to Israel, but Not to the Truth." It accuses me of being tolerant towards the BDS movement, which is out to put an end to Israel.

How does he know? Simple: BDS confirms the Palestinians' "Right of Return", which, as everybody knows, means the destruction of the Jewish State.

I also don't like to call on people to boycott me.

But of all the points in the BDS platform, the one that bothers me the least is the demand that the State of Israel recognize the Palestinians' Right of Return. It is simply ridiculous. Not in a thousand years will the BDS compel Israel to do so. So why bother?

LET' US FIRST throw some light on the issue.

When the British withdrew from Palestine in 1948, there were in the country between the Mediterranean and the Jordan about 1.2 million Arabs and 635,000 Jews. By the end of the war that ensued, some 700,000 Arabs had fled and/or were driven out. It was a war of what was (later) called "ethnic cleansing." Few Arabs were left in the territory conquered by Jewish arms, but it should be remembered that no Jews at all were left in the territory conquered by Arab arms. Fortunately for our side, the Arabs succeeded in occupying only small slices of land inhabited by Jews (such as the Etzion bloc, East Jerusalem et al.), while our side conquered large, inhabited territories. As a combat soldier, I saw it with my own eyes.

The Arab refugees multiplied by natural increase, and today number about 6 million. About 1.5 million of them live in the occupied West Bank, about a million in the Gaza Strip, the rest are dispersed in Jordan, Lebanon, Syria, and all over the world.

Would they all come back, if given the opportunity? Let us consider this.

Related Topic(s): Illegal Settlements; Israel; Palestinian; Peace, Add Tags
Add to My Group(s)
Go To Commenting
The views expressed herein are the sole responsibility of the author and do not necessarily reflect those of this website or its editors.