Two women are waiting at a bus stop in Washington, DC, a few hours after the earthquake in August. One says to the other: "You know, I work in a large health clinic. Today I saw this restless Muslim guy walking back and forth while he was clicking something he had in one hand. He looked suspicious. I rushed to find a security guard. Then the whole place shook and I was sure that he'd blown it up.

I was mad that I couldn't find him--I'd been warned about suspicious activities: 'See it, say it.' He had no right to look different."

The other woman gave her a wan smile and moved to the other side of the enclosure. She was a Quaker and interfaith activist, totally appalled. In this setting, she thought, it is wrong to keep silent. Repudiating Muslims is wrong.

With these words, Susan Meehan, event planner extraordinaire, began her portion of an Ecumenical Service to Commemorate 9/11, held by the Council of Churches of Greater Washington today at the Howard University Divinity School. 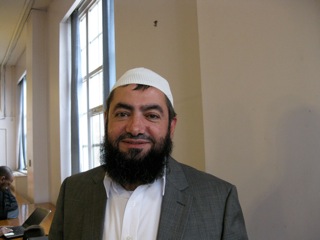 Imam Haytham Younis followed up with an account of where he was on the actual 9/11: in Medina, Saudi Arabia. At 4 in the afternoon he was on a work break drinking coffee when a colleague came into the room and breathlessly told him, "There's a war in your country!"

The imam ran to the nearest television just in time to see the first tower collapse. For the next few days, he lingered in denial.

Younis said that he never heard anything from the Saudi Arabians but "murder" and "tragedy"--never "jihad," to describe the 9/11 attacks. The vast majority of those he spoke with thought that it was an abomination, a violation of God's law.

"Thou shalt not kill" is as strong a commandment for Muslims as the Sixth Commandment is for Jews. Suicide is also forbidden.

Imam Younis said that bin Laden, prior to the attacks, had sought a fatwa to justify the heinous acts he planned for 9/11 and did not succeed. He said that he never met a Muslim who would condone violence.

"There's always been a campaign against Islam," said Younis. "9/11 intensified it." 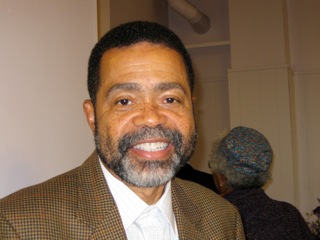 Community advocate and Muslim scholar Ibrahim Mumin said that there is never a time he has gone to the airport to fly when he is not taken out of line for a supposedly "random" screening. This is definitely a form of Islamophobia.

Interfaith/ecumenical meetings often exclude Muslims; the projected community center for Muslims a few blocks from ground zero in New York City became a cause celebre, as did the burning of the Qu'ran in Florida. Rev. Martin Luther King Jr. was criticized for marching against segregation in Birmingham by the white clergy, who called it "un-Christian." He responded in his famous "Letter from a Birmingham Jail."

Mumin recalled with sadness the bombing of the Birmingham church in September 1963 that killed four little girls. He recalled how Reginald Green, one of the freedom riders, was thrown into jail by other "Christians." Mumin himself was arrested outside the South African Embassy in Washington, DC, when Americans were trying to get the UN to institute sanctions against the apartheid government in South Africa and free Nelson Mandella from prison.

"My grandfather told me that God made other good people. 'It is your job to find them--not theirs to find you,'" he said."

Another time, in conversation with the Israeli ambassador to the United States, Mumin asked him what the biggest impediment to peace is. "Poverty," was the answer he received.

Nowhere in Muslim law is there a requirement that women must cover their faces, which many find so off-putting. Muhammad's wife covered her face rarely, and only in crowds of men, to maintain anonymity. According to Islamic law, women can expose their face, hands, and feet--the rationale being modesty. Those who attack this are attacking Orthodox Judaic law also, said Imam Younis.

In New York City, a "twinning" program between 130 synagogues and 130 mosques swaps not only members of their congregations but also clergy, activist Andra Baylus told us. A local and very active interfaith group, the Jewish-Islamic Dialogue Society, also pursues such a program.

Susan Meehan injected an event even more innovative: a single-sex Quaker-Islam wedding where entertainment afterward was supplied by a belly dancer. 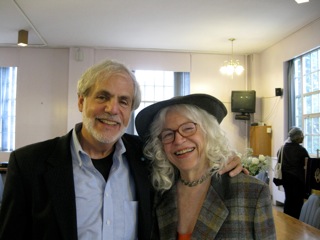 The infamous "verse of the sword" in the Koran (Qur'an, chap. 9, verse 5) was brought up by Steve Sawmelle, coordinator of two interfaith groups at Friends Meeting of Washington. He asked the panel to help defuse its use in the context of Islamophobia. The verse reads: "And so, when the sacred months [no war is allowed then] are over, slay those who ascribe divinity to aught beside God wherever you may come upon them, and take them captive, and besiege them. . . . Yet, if they repent . . . let them go their way: for behold, God is much-forgiving, a dispenser of grace."Similar verses, quoted out of context, are found in the Old and New Testaments.

Haytham Younis explained that the Qur'an verse referred to a specific incident that involved antagonism between Muslims and idol worshipers--the behest was not meant to apply universally. The idolators and Muslims had earlier made peace and agreed to freedom of travel in their mutual territories; the idolators then began to seize and kill Muslims as if they were enemy combatants.

In that context the Muslims were told to seize and kill this enemy. But, the Qur'an adds, if such enemies ask for peace, Muslims must teach them peace and make peace with them, because God loves those who make peace.

People who too quickly accuse others of wrongdoing, without good reason, reveal their own hidden agendas.

Another member of the audience, perturbed, said that Muslims shouldn't have to be apologetic; "we have to approach the issue another way."

In a conversation later, Haytham told me that outreach is the way to peace; not apology in so many words, but rather explanation. No, we're not all terrorists. A small minority have generated a hideous stereotype that must be put to rest.

Asked Susan Meehan at the end of the discussion, "Where does this hatred leave us? It requires us to make America the place we dream of. We're here today all in the same boat.

The Same Boat is also the name of a new interfaith group organized at Friends Meeting of Washington to counter Islamophobia.

Help make America the place that the founding fathers dreamed of.

Islamophobia is being pushed back in America, said Andra Baylus.

God so loves us; we must love each other.

"Today has been a life-changing experience," said the Rev. Dr. James Terrell, president of the Council of Churches.

Related Topic(s): Domestic Security; Domestic Violence; God; Islamophobia; Koran; Quran, Add Tags
Add to My Group(s)
Go To Commenting
The views expressed herein are the sole responsibility of the author and do not necessarily reflect those of this website or its editors.