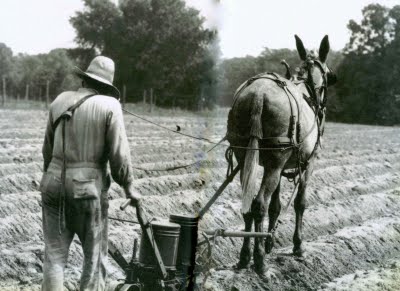 Without question, I have written millions of words in my life. Ninety-nine point nine percent of which no one has ever seen, other than the intended recipient (which, sometimes, is myself). Rarely do I enjoy what I am writing as I write because I have to, not because I want to and that includes my daily business life. In that sense, I am the epitome of an ungrateful bastard (you may quote me). The aforementioned notwithstanding, there are times when I enjoy writing whatever it is that is subject; and there are times when I dread it. It has taken me months to muster the intestinal fortitude to reduce my thoughts to writing in this case, but that is the only way that I can exorcise the demon. And, unless expelled, demons not only linger, they get stronger.

"Reparations" have come into vogue as of late; there was even a congressional hearing to discuss discussing them/it. With a general election looming the issue is being referenced more than usual. It has been "discussed" for centuries in some way, shape or form.

I wonder how many apartment buildings, shopping centers, malls and infrastructure would be on that 40 acres these many years hence and what its value would be today. I wonder how that would have affected the socio-economic status and education of my family, my people, today (you know, like white folks and the Homestead Act). Of course I am being flippant to some degree, about the 40 acres and the mule, but not entirely. The statement was made to make a point.

A few weeks ago, a dear friend of mine (and I do not have many) came to visit. His name is Scott. Scott is an ace auto mechanic, on top of being a very sharp guy. Scott has little formal education, but he is one of the most educated people I have ever known. He is well spoken and reads constantly; on top of all of that, Scott is a man with good character and independent thought. Scott is very "progressive".

So, here we are talking politics, current events, sports, etc. and Scott begins to tell me about some DNA/ancestor program he got involved with. He told me that he found out that he was the fourth generation of mechanics. He spoke with great pride about his ancestors and his Scotts-Irish family name. He knew how his ancestors came to the United States, a relatively simple task when you have birth and death records; but you have to be human to have such luxuries. No vital statistics on property. His pride was virtually palpable; almost infectious.

As I listened to this, quite intently, I started asking myself could I make the same statements. In the process of doing that, I inquired: "Scott, have you ever thought about what you might think and how you might feel if you woke up in the morning in a foreign place, stripped of your native tongue in a way that death would ensue if you dare spoke it and told your name is Kwame Mfume by a black M.F. beating your ass? How different would your ancestry report be?" I said that to Scott because I knew he could handle it, but he was seriously, visibly, taken aback. Scott is one of those who is passionate and has a well thought out response to damn near everything.

He was stuck on that one.

The first reparation needs to be an acknowledgement that there are no reparations. The entire premise, the dialogue, of "reparations" is bovine feces. Because there is no repairing me not knowing my native ancestral language; like every other so-called American enjoys. There is no repairing me never knowing my ancestral name like the Steinberg's, the Bumstead's, the Chow's, the Garcia's, the Singh's, The Cloud Feather's or the Nagasaki's. You see my history, and thusly my name, has been erased. Worse, most of my people wear the names, like badges of shame, of the very people that raped, murdered and destroyed them. This is not an accident. None of it is.

Related Topic(s): America; History; Identity; Money; Murder; Party Platforms GOP RNC; Patrol; Rape; Reparation; SOUL; (more...) Slavery, Add Tags  (less...)
Add to My Group(s)
Go To Commenting
The views expressed herein are the sole responsibility of the author and do not necessarily reflect those of this website or its editors.