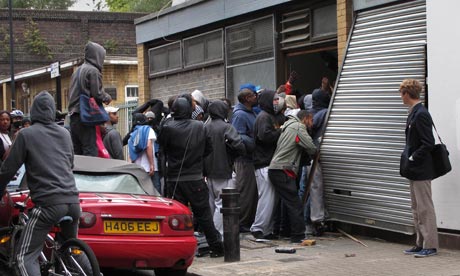 I first awoke to what was happening to work in 1991 as I and my wife were driving through a favorite semi-rural section of British Columbia, Canada. I suddenly realized that something was very, very different.

The landscape of the town we were passing through had changed. Gone were the Mom and Pops that we'd so much enjoyed stopping in. Everything had become the same as I knew and would expect to see in Vancouver -- McDonalds restaurants, Starbucks coffee shops, 7-11 corner stores, franchises everywhere.

Not a corner store, restaurant or hotel could I see that might have been started by a local resident. All were national, and international, chains.

I began to write a huge book on predatory capitalism, which I completed but which never saw the light of day. I looked at all the trends in modern business -- Just-in-Time production, lights-out factories, automated warehouses, etc.

No one was interested. Our love affair with the computer was so great at that time that no one would see me, no one responded to anything I sent along to them, nothing resulted from my brief stint as Cassandra, the prophet of gloom and doom.

I wrote an article for a national newspaper, the Toronto Globe and Mail, on what to expect from automation. I listed all the job categories that I could think of, all the careers and professions, all the tasks that were susceptible to automation. I warned that robots did not pay taxes, consumed few goods and services, trained no one else, contributed no social benefit apart from capturing work and enriching the owners of capital.

That column is still being reproduced by some labor unions who took up the cry many years later, but at the time ... nada.

I wrote a small book in which I took an American trade journal in the travel industry to task for promoting the bridging of the travel agent (at the time my wife was a travel agent) as an example of how people were being put out of work by machines. I sent it broadly to everyone connected with the trade journal or travel in any form I could think of. Probably little effect there either.

Everywhere the corporate machine was shredding jobs and shedding work.  Everywhere, whole trades, careers and professions, entry-level jobs, anything repetitive or automatable had been captured by the voracious computer.

Fast-forward to a few years ago, when I'd just retired from my final job. I was chatting with a relative whose son had had such a difficult time finding work. The son had a wife and baby daughter to provide for and had only been able to find at best short-term work, never anything steady, and these short-term assignments only at intervals, during which they required the parents' and the wider families' support. I tried my best to portray the situation facing the young people today.

What struck me at the time was that almost all entry-level jobs I could think of in almost any profession or trade had by then been automated. Certainly all the entry jobs I'd had, some of which had existed for years and in which I existed for years, some of which allowed me to change professions and jump from one field to another, or to travel and return to, no longer existed.

The son of my relatives, as well as the daughter for that matter, had never, as far as I recall, been able to find entry-level work in any career, had been obliged to stay in university as long as possible and to become "consultants" - everyone seemed to be a consultant in those days -- and to do anything that came to hand to survive. Every friend and relative who had a scrap of work was tapped. Never mind a jack of all trades. They were staring at jack. Period.

Finally the son obtained a job at an oil company some 1500 miles away and was obliged to visit his family once every three weeks for a week, spending a day travelling there and a day travelling back, and simply relieving his wife for a week, who by now had two baby girls and a service job herself.

This is the society we'd become because, as I now consider, the captains of industry were using the computer to depress the situation of workers.

The author is a former Member of the Immigration and Refugee Board of Canada and a member of Mensa Canada. He is the author of several Internet books and articles on gender persecution, cross-cultural spirituality, life after death, and the 2012 (more...)
Related Topic(s): Citizen Protest; Jobs; Professions; Protest- Civil Disobedience; Protester Surveillance And Arrests; Social Justice; Social Security; Social Unrest; Socialism For The Rich; Violent Protest, Add Tags
Add to My Group(s)
Go To Commenting
The views expressed herein are the sole responsibility of the author and do not necessarily reflect those of this website or its editors.

The Black Hats Must Go

Chronology of a Second 9/11

Tom Bearden: Free Energy Frees Us From Our Dependence on Oil

The Declaration of Human Freedom