BY David A. Love 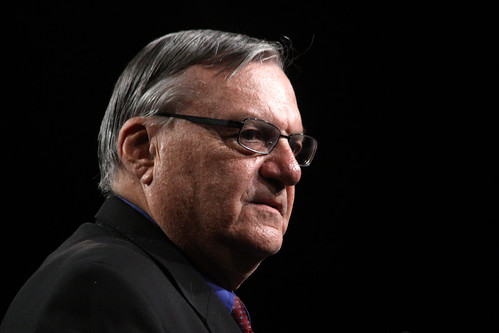 How did the Republican Party -- once known as the party of "law and order" -- become a party that could provide space for lawbreakers and extremists, thugs and criminals, hoodlums and hate groups? This astonishing transformation can only be attributed to the presidency of Donald Trump, whose words during the 2016 campaign and during his term in the White House helped make America safe for extremists.

White supremacists, Infowars conspiracy theorists and convicted criminals are running, some as viable candidates, on the GOP ticket on the state and federal level, something which would have been unheard of only a few years ago.

Such individuals are not barred from putting their hat in the ring and aspiring for elected office, but it is remarkable that party leaders have by and large not shown the backbone to condemn them. But in a way that's not surprising in a party where extremism and intolerance are mainstream GOP fare, and its standard bearer runs an ethically challenged administration mired in criminal investigations. Trump said he would drain the swamp, but he is the swamp, and he is sending swamp-dwelling creatures to the Senate, Congress and the state house.

A criminal record is no longer a barrier to entry for GOP candidates. There is nothing wrong with people being formerly incarcerated. After all, in a country that preaches rehabilitation yet practices gratuitous imprisonment and punishment for its own sake, society should encourage those who turn over a new leaf and want to contribute to their country through public service.

However, keep in mind that we are not talking about the rehabilitated here. The candidates in question are doubling down on corruption and hate in Trump's party. Even former National Security Adviser Michael Flynn -- who is awaiting sentencing after pleading guilty to lying to the FBI in connection with the Russia investigation -- is hitting the campaign trail and stumping for them.

Former Maricopa County Sheriff Joe Arpaio is running for Senate, after receiving a pardon from Trump for a contempt of court charge for failing to curb his anti-immigrant and anti-Latino racial profiling policies in violation of civil rights. Accused of racism and mistreatment of Latino prisoners, Arpaio failed to investigate over 400 sex crimes -- including the molestation of undocumented children -- made inmates wear pink underwear, called his tent city for inmates a concentration camp, and established the first chain gangs for juveniles and women.

Arpaio, a prominent Birther who questioned President Obama's citizenship, received the blessing of Vice President Mike Pence, who, apparently rehearsing for a sooner-than-expected spot in the Oval Office, called Arpaio, "A great friend of this president, a tireless champion of strong borders and the rule of law."

In West Virginia, Don Blankenship, the former coal mining company head who went to prison for a year on mine safety charges that were brought after a disaster that killed 29 miners, is challenging Democratic Sen. Joe Manchin. Blankenship claims it was not racist to call Sen. Mitch McConnell's father-in-law a "wealthy Chinaperson." (Donald Trump Jr. urged voters in West Virginia to reject Blankenship and a GOP-establishment linked PAC is running ads against him, according to Politico.)

In Staten Island, New York, former FBI agent and Rep. Michael Grimm, who pleaded guilty to tax evasion, is making a comeback as a Trump loyalist after serving seven months behind bars. During his first stint in Congress, Grimm also threatened to break a reporter "in half" in 2014 following President Obama's State of the Union address.

Running against Rep. Maxine Waters in California is Omar Navarro, who pleaded guilty to placing a tracking device on his wife's car. The extreme right wing, pro-Trump candidate has support from Michael Flynn and conspiracy theorist Alex Jones, and Navarro says Roger Stone serves as his adviser. And Rep. Greg Gianforte, who pleaded guilty to assault after body slamming a reporter, is running for re-election in Montana.

Meanwhile, a report from Right Wing Watch, a project of People for the American Way, shines the light on a dozen far-right candidates who, typically inspired by Trump, are driving the Republican Party and American politics to the fringes. One of these people is Arthur Jones, who denies the Holocaust and was denounced as a Nazi by Illinois Republicans, yet became the GOP nominee in Illinois' 3rd district.

E.W. Jackson, a black right-wing pastor, hopes to unseat Sen. Tim Kaine in Virginia. The homophobic candidate called LGBTQ people "perverted," "degenerate," "spiritually darkened" and "frankly very sick people psychologically, mentally and emotionally" and said homosexuality "poisons culture, it destroys families, it destroys societies; it brings the judgment of God unlike very few things that we can think of." Jackson is running in the primary against Corey Stewart, who is running on a Confederate nostalgia platform and compared those who would remove Confederate statues to ISIS.

Related Topic(s): Arpaio; Far-right; Homophobic; Republican Candidates; Republican Extremism; Republican Racism; Wingnuts, Add Tags
Add to My Group(s)
Go To Commenting
The views expressed herein are the sole responsibility of the author and do not necessarily reflect those of this website or its editors.