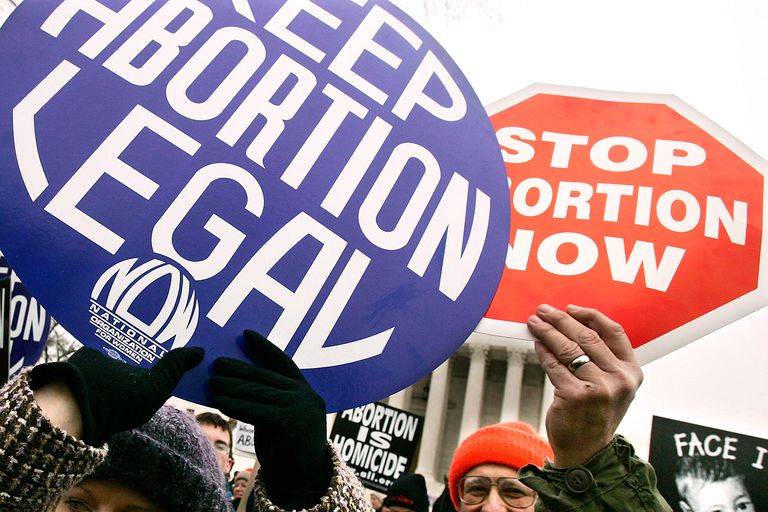 Television cameras were focused upon dozens of women, dressed in white, sitting in stony silence as the speaker condemned infanticide and abortion. White, the color of purity and holiness, was an affectation, a lie, as President Trump delivered the State of the Union address. My reaction was one of embarrassment for my sex. As age creeps up and my seventh decade approaches, the younger generation and many of my peers mortify. Feminism has slowly but surely substituted morality with the politics of "liberation" and "equality" while obliterating the core biology and spirituality of what it means to be a woman.

As a faithful Roman Catholic who has only recently returned to the Church, and as a woman who is solidly anti-abortion, saying I am "pro-life" feels like a copout. Most humans are pro-life if and only if it comes to their own security. As a young woman, high school provided structure that was not found in my home life. A more pious child was not to be found in my working class neighborhood and throughout four years at an all girls' Catholic school along the shores of Lake Michigan in Chicago. The Church and school provided security that was lacking in my home life. Then the secular world grabbed me by the throat in college, and my moral foundation cracked. I was not spiritually prepared to do battle with evil.

After relying upon a belief in one God and the Bible, taking courses in comparative religions completely destroyed my fragile moorings. It took me over thirty years to humbly come back to the Church that I loved. That is the back-story, so if readers are hoping for reasons to support abortion, you will not find them here.

Any politician, especially a candidate for President, taking extreme positions on abortion is really pushing the envelope of morality, in my opinion. The new and controversial New York State law allows late-term abortions if the "health" of the woman is in jeopardy. This is particularly vague and can cover anything from depression to grave health issues. Supporters of late term abortion maintain this conforms with Roe v. Wade, while opponents say it opportunistically legalizes third trimester abortions up to and including a live birth. The law also shifts abortion law from the state's penal code to its health code. Doctors and others who perform late term abortions cannot be prosecuted for murder of a full term baby.

Physician assistants, nurse practitioners and midwives, as long as they do not perform surgery, are also in the clear. This loophole of non-physicians allowed to perform third trimester abortions is significant, since it effectively removes the cost of C-sections as a viable alternative to save the life of the child.

The New York Senate approved the bill, 38-24, largely along party lines, with two Democrats voting no. The Assembly later approved it 92-47.

New York's Catholic bishops write click here that the statute removes all state restrictions on late-term procedures. "Once truth is separated from fiction and people come to realize the impact of the bill, they will be shocked to their core. By that time, however, it may be too late to save the countless lives that will be lost or spare countless women lifelong regret."

Survival rates for premature infants are rising exponentially. Abortion is a mortal sin. As a Catholic, I take mortal sin very seriously. That is part of my story, but there are other stories more important than my own.

New York and Virginia are bringing the abortion debate front and center, and as a writer with certain skills, and believing that we must use those skills in useful ways, it occurred to me that I would be able to formulate a compelling essay that shredded the pro-abortion debate. My original thesis was that Progressives often appropriate Native American practices and cultures. What if Native American beliefs were anti-abortion? Hoping that research would show that Native American oral history and narratives were anti-abortion would provide a compelling argument for duplicity in Progressive and Liberal arguments favoring abortion.

Initial efforts were fruitful. I found a significant quote from Clementine "Little Hawk" Hernandez, who founded the organization "Indians for Life."

"Our native people have such a rich tradition which has as its heart the love and respect for all life. Today, innocent life is threatened by abortion, euthanasia, and assisted suicide. As Native Americans we must stand up and witness that all life is a sacred gift from God."

Then, my research fell completely flat. At first I blamed search engine algorithms that highlight liberal narratives over the more conservative. Were Native beliefs being ghosted on the net? Yes, that is true, but what is also true is that one cannot compare ancient cultural beliefs to a Judeo-Christian code of ethics. It surprised me to find that some Native cultures allow abortion. However, there are thousands of tribes to research and that realization brought me back to the Bible and the teachings of the Catholic Church. There is no reason for non-Natives to look elsewhere.

"For you created my inmost being; you knit me together in my mother's womb. I praise you because I am fearfully and wonderfully made; your works are wonderful, I know that full well. My frame was not hidden from you when I was made in the secret place, when I was woven together in the depths of the earth. Your eyes saw my unformed body; all the days ordained for me were written in your book before one of them came to be."

Related Topic(s): Abortion; Abortion Laws; Anti-abortion, Add Tags
Add to My Group(s)
Go To Commenting
The views expressed herein are the sole responsibility of the author and do not necessarily reflect those of this website or its editors.