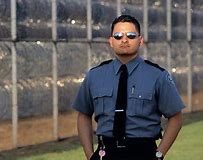 There is buried inside of us a dark simian past, a past we know nothing about. As we sleep the night crew of our sub-conscious takes over. It drives the most complicated biological devise in the known universe and yet we know of the human brain only remotely. The billions of bits of information, our memories of both good and bad sifted through a lattice of predispositions creating genius, madness, violence and everything in between. Sometimes it's obvious, a young Charles Manson from broken home, bad environment, physical abuse and early brushes with the law and surprise,Serial killer.

But take a young Winston Churchill, raised in wealth and prestige but raised by nannies. His parents were remote Victorians. Winston said he had more conversations with his son in a weekend than he had with his father in his entire life. Shipped off to boarding school alone at an early age his grades were poor, and his prospects were worse. He entered the army because it was the only open road available. To you and I that might not seem so bad but as the son of a former Cabinet minister from a famous political family it was a poor showing indeed. Where was the anger and resentment? Where was the despondency of failure or the malaise of the upper-class background?

Why are some raised badly to turn out wonderfully and some raised wonderfully who turn out badly? I had a friend who was a cop and he told me about two calls in the same night. The first in the nicest neighborhood in town where a teenage boy was threatening his father with a machete. In the kids' room was a TV an electric guitar and video games. All the accouterments of modern teenage middle-class life and yet he wanted to kill his father. In the other, two alcoholic parents were battling in a trailer park. Checking out the trailer he found a teenage boy in the back doing his trigonometry homework by a light dangling overhead on a cord. How do you explain it?

The expression "Know Thyself" comes to mind but how can we know what we can't see? How can we repair the cracked and broken pieces of the matrix as helpless as a kitten? There things we know and things we only think we know, assumptions of normal taken from random and fractured memories of our childhood.

Sometimes we stumble across a key or an insight into what make us human. In Stanford University's psychology building 1971, a mock prison was set up in a basement. Twenty-four volunteers would participate in a prison simulation. The guards were given uniforms with mirrored sunglasses and the prisoners smocks and skull caps with numbers to replace their names. The guards were not allowed to become physical or to withhold food or water.

The experiment was about depersonalization and deindividualization. At the end of the first day cell one had blockaded their door with beds and taken off their skull caps. Guards from other shifts volunteered to assist in putting down the revolt. They eventually used fire extinguishers to put down the revolt setting up a privilege cell and a solitary confinement cell. They began to use roll calls to harass and abuse the prisoners. After thirty-five hours one prisoner had to be released due to a psychological breakdown.

The guards began to use prolonged exercises and mattresses confiscations as punishment. A prisoner who dared complain about their treatment was answered with abuse. When he refused to eat saying he was on a hunger strike he was placed in the solitary confinement of a dark closet. The guards made the prisoners pound on the door for added punishment. The guards then offered to release the prisoner from solitary if the other prisoners would give up their pillows and blankets, they refused. The experiment designed for two weeks was aborted after six days. Of fifty participants, only one questioned the morality of an experiment rapidly spinning out of control. The images aren't far off from the images at Abu Ghraib prison. The experiment originally designed to study the effects of prisoners proved the opposite. The prisoners acted as expected but it was the effect on the guards which tells us something about ourselves as humans.

With enough rhetoric and media, we can dehumanize our fellow man. We can take events which have no effect on us what so ever and offer up the most regressive countermeasures. We can call refugee's invaders, we can turn a blind eye to our cruelty from behind our mirrored sunglasses. We can call these efforts necessary because of an "emergency." We can set up facilities with barbed wire and armed guards and call them resettlement centers. We can stuff them full of invaders and child invaders and never realize that it is our humanity being drained away.

Are becoming Nazi automatons? The outrage of putting children in cages but where is the outrage now? The cages are still there and still filled. Do we not realize the cages we ourselves sit in? Caged in our opinions of right and wrong of good guys and bad guys, cowboys and Indians.

A madman screams for a wall and other wise well-meaning Americans, not the Nazi morons at the rallies but mom and pop middle class Americans say, "sounds like a good idea." What's wrong here? What happened to America? It can't all be blamed on Trump, Trump is the conjurer of hate but not the generator. Somewhere back in our simian past there is this strain of vileness. Somewhere eons ago we were cheated out of a banana and now the world must pay for it. All the wrongs and insults of a lifetime turned outwards with a uniform and mirrored spectacles.

It illustrates all too purposely our political dilemma. On one side a political party which advocates health care for all. On the other side, healthcare for few. On one side education for all. On the other, education for the few. Bad water, poor schools, homelessness, high noon in the garden of good and evil. You can go down the laundry list of American politics and see the clear delineation. A line where the sun never shines, the darkness of the American soul lost in its simian wilderness.

Related Topic(s): Education; Evil; Healthcare; Homelessness; Media; Prisoners; Rallies; Refugees; Rhetoric; STANFORD UNIVERSITY; (more...) Schools, Add Tags  (less...)
Add to My Group(s)
Go To Commenting
The views expressed herein are the sole responsibility of the author and do not necessarily reflect those of this website or its editors.