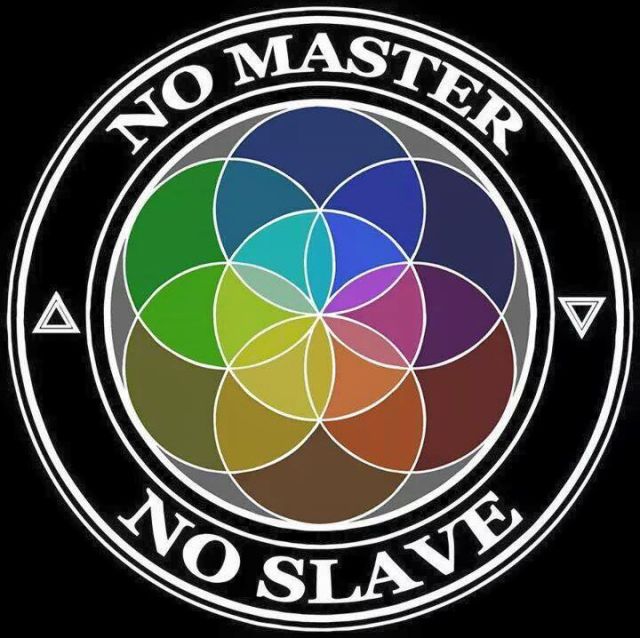 No Master No Slave
(Image by open)   Details   DMCA

Warning! Before proceeding to even review further, you are about to be exposed to information that the majority of the gaggle you know may not be ready for. If you are fidgety like a chicken or sheepish like most any institutionalized group, move along.

Now here is the death sentence, a sentence the likes of which has gotten people killed for millennia than any other: there is no God as monotheistic systems dictate.

Apparently, most people are killed right about when they say 'there is no God"' and they do not finish the sentence and so most people only hear the half. There is the potential that any monotheistic interpretation of God is correct, but there is not only that potential, for God is limitless. Limitlessness is not limited to just one interpretation. The idea of monotheism is actually entirely silly if you examine monotheistic religious constructs as an idea for a moment.

God is limitless, monotheism limits God to a certain quantity with specific qualities. The idea that monotheism is spiritual is also ridiculous, though hardly funny, for monotheism breaks the Spiritual Golden Rule. Your own path is your own path, only. Dictating how others proceed breaks the spiritual golden rule.

Spiritual Golden Rule: Do no spiritual harm. You shall not force spirituality, religion, or dogma on others. Treat all pathways to the peak with kindness, so long as it is a practice embracing The Golden Rule.

Monotheism breaks the Spiritual Golden Rule. We all can climb to the mountaintop using our own route. Dictating otherwise is wrong, is harsh, and causes harshness.

God is the underlying, unifying, unspeakable intelligence that connects you to everything. God is not an outside entity, but holiness, wholeness, the purity of entirety. God is energy, the energy of expansion, the energy of all knowing and all loving intelligence. What most call God is godliness, knowingness, lovingness and expansion. While most religions and monotheism bases itself on one God, they are wrong completely there is no one God, but there is one infinite god, there is infinity God. God is infinite energy. If you believe that you know God, you really do not, if you seek to know you God, you really might.

God is infinite, not finite. Simply put, God is capable of being in infinite forms in a singular moment, thus every speck of dust in the universe has a God as the Hindu traditions sometimes celebrate. American Indian traditions and cultures elsewhere also celebrate the idea that the center of the universe can be in your heart and the mountaintop. This does not negate supreme creator God consciousness, but more importantly does not rule out that some systems which claim God are very much not operating in line with godliness, and walking in the dark rather than the light, in stagnation of godliness and disconnection, instead of amplification of godliness and connection.